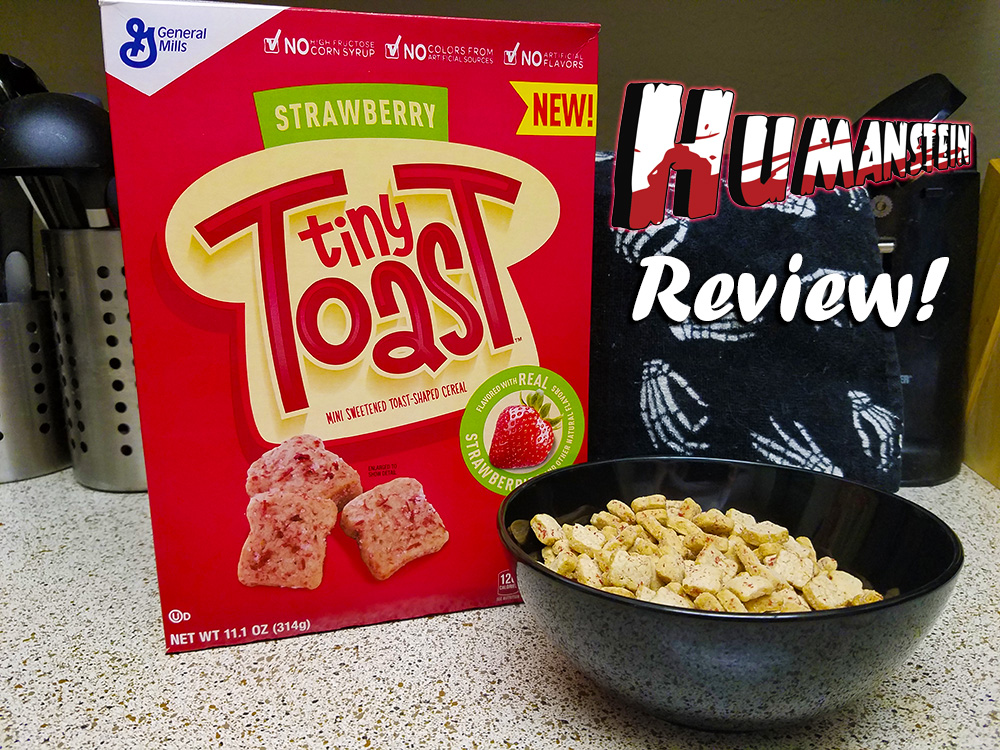 I eat a lot of cereal. Dry. With Milk. Some bizarre combination of those methods. Moral being, I eat a lot of cereal. So when I say that Tiny Toast cereal is in all honesty maybe the most well rounded and satisfying cereal I have eaten in a very long time, I hope that means something. It is not the singular most exciting cereal out there, but damn if it isn’t great. 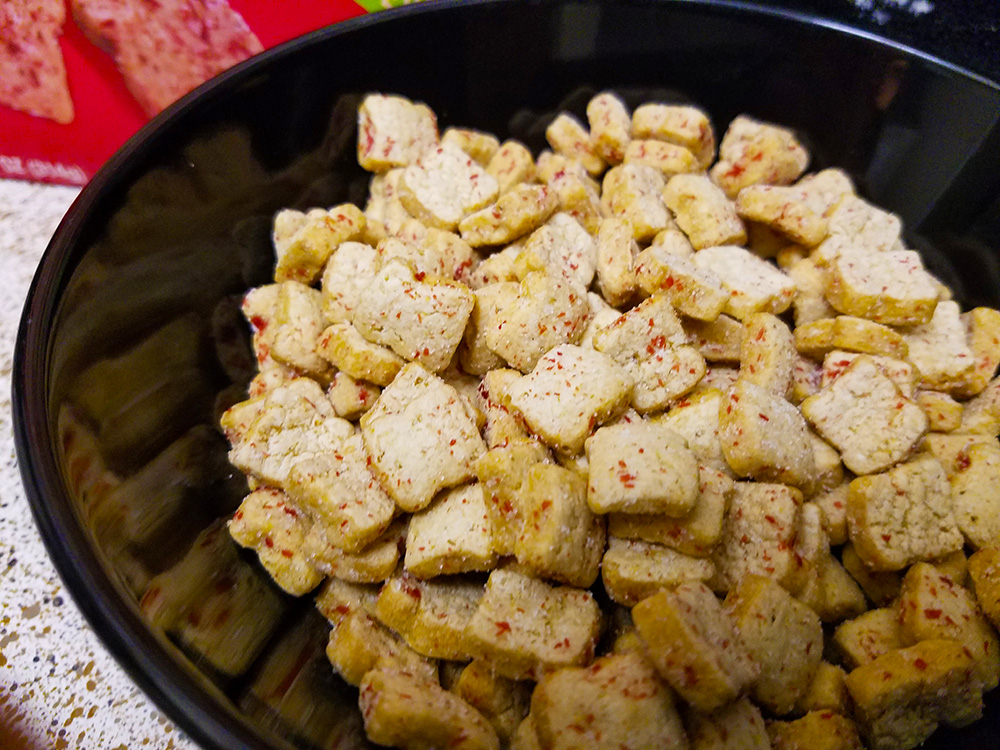 The cereal is beautiful. Tiny little toasts. These tiny strawberry toasts are indeed very tiny and are coated with a very appealing dried strawberry puree and sprinkled with a powdered sugar coating.  I am in love with these tiny toasts. They make me feel like a giant discovering the glory of caramelized bread for the first. 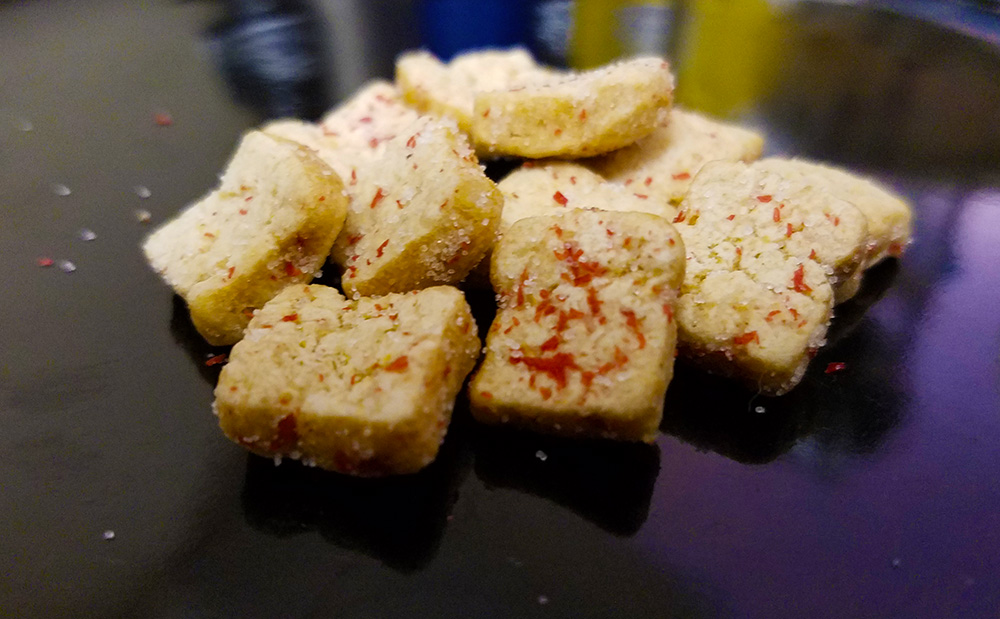 Dry, the cereal tastes like, well, toast. Being more specific, the Strawberry Tiny Toast tastes like toast with a reasonable application of strawberry jelly.  The texture and flavor are pretty much exactly what you’d hope. Perfectly toasted bread, just crisp enough, with the flavor featuring heavy notes of oak, flour and dough. These flavors being accented perfectly by the authentic strawberry flavor works very well. The only cereal I’ve ever eaten that corners the strawberry flavor market better than Strawberry Tiny Toast is Strawberry Cheerios, but this is pretty damn close and Strawberry Cheerios aren’t shaped like tiny breads, so who’s really winning here? The one knock against the cereal, and it’s not a big one, lies in the powdered sugar coating trying its hardest to overpower the strawberry flavor when dry. This problem is not a problem at all in milk, though. 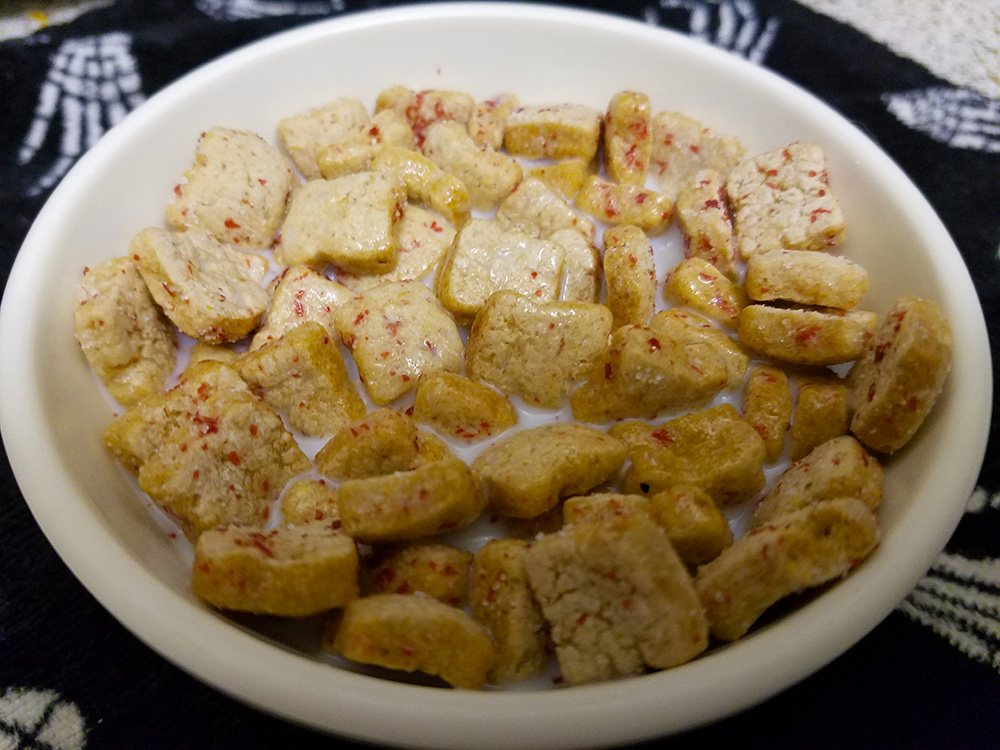 Moving on to the cereal in its intended environment, in milk, the powdered sugar coating seeps into the milk. This sugary infusion adds a level of dare I say sophisticated creaminess to the cereal and allows the hearty, authentic flavors of the toast and strawberry puree to shine. Like a historic samurai katana handed down generation to generation (which would be perfect for cutting bread in order to make toast if we’re being real) this cereal is perfectly balanced. Equal parts hearty and filling with an air of nutritional value and enough sweetness to offset that healthy feeling in just the right amount.

Overall, I’d say that if you’re a cereal person, or a toast person, or a toast based cereal person, Tiny Toast cereal is a must buy. If you long for the illusion of making healthy choices but can’t bring yourself to make truly good choices before 10AM, Tiny Toast is perfect. It tastes great, is sweet enough to satisfy and is hearty and rich enough to fill you up and fuel your day.