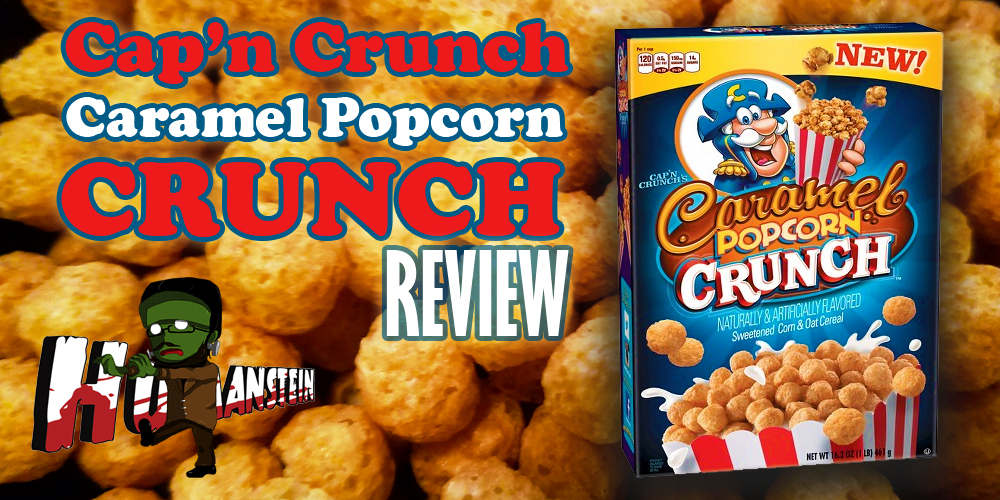 When I stumbled across Cap’n Crunch’s Caramel Popcorn Crunch Cereal in my local Target last week I was under the impression that I’d come across a brand new Cap’n Crunch flavor. This is not the case. A little digging reveals that this cereal actually first hit shelves about a year ago. Cereal has a pretty long shelf life though.  For example, I’ve got some unopened boxes of Count Chocula from last October that are good for a couple more weeks here. The expiration date on the box and the Cap’n’s smile assures me I won’t be hurling up caramel popcorn balls in my quest for unique breakfast cereals, so let’s do this thing. 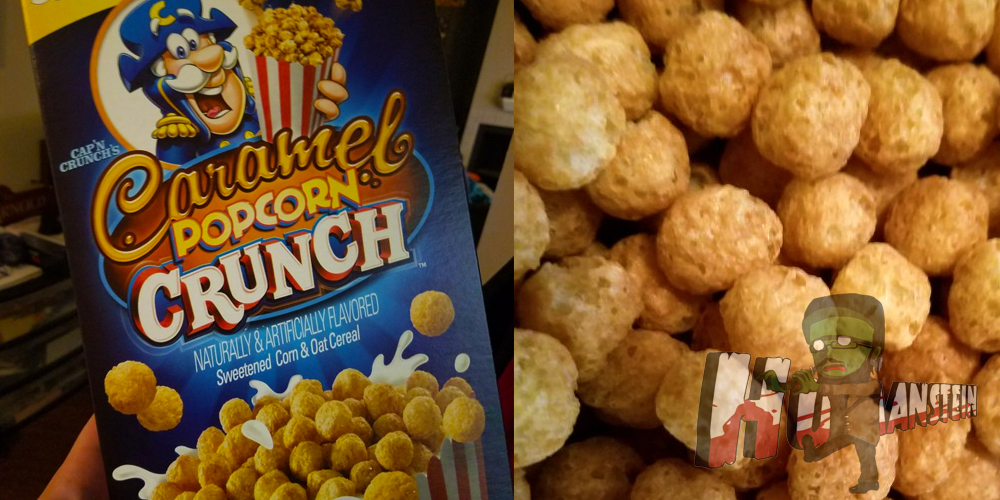 Caramel and breakfast have an interesting relationship. Despite caramel being one of the most popular flavors going in the last couple years (I can’t even try to list off all the Salted Caramel variants of popular foodstuffs that are out there) it hasn’t had much success in the cereal aisle. There have been a few notable entries into the caramel cereal arena, namely Dulce de Leche Cheerios and Kellogg’s Caramel Nut Crunchy Nut but they have always been short lived. I’d imagine that stems from people’s reluctance to try something as decadent as caramel for breakfast. While there’s certainly something to be said for that logic, even more of it probably comes from the fact that the majority of the caramel cereal entries have been pretty damn underwhelming. Not enough caramel flavor, not enough bite, etc. Cap’n Crunch though… Cap’n Crunch gets it. Rather than trying to tone down the caramel by pairing it with cream, or make caramel seem less indulgent than it is by pairing it with fruit or honey, the Cap’n decides to go whole hog and pair it with popcorn. Their description of this cereal is below.

Pop out of bed and pop into a box of new Cap’n Crunch Caramel Popcorn Crunch. Each spoonful combines the sweet brown sugar taste of freshly popped popcorn with the Cap’ns unmistakable CRUNCH. try it with or without milk for a delicious treat that’s as good at the movies as it is at your breakfast table.

That’s about right. From the second the box is opened, the strong, caramel popcorn smell is almost overpowering. The smell is honestly pretty perfect. It’s got a lot in common with an excellent holiday popcorn tin, and that wins points with me pretty quickly. I’m a sucker for holiday popcorn tins and their obvious gift giving potential. I’m not saying you should start giving boxes of Cap’n Crunch Caramel Popcorn Crunch to folks who are hard to shop for come Christmas time instead of giant metal tins with horses on the side, but I’m also not saying you shouldn’t. 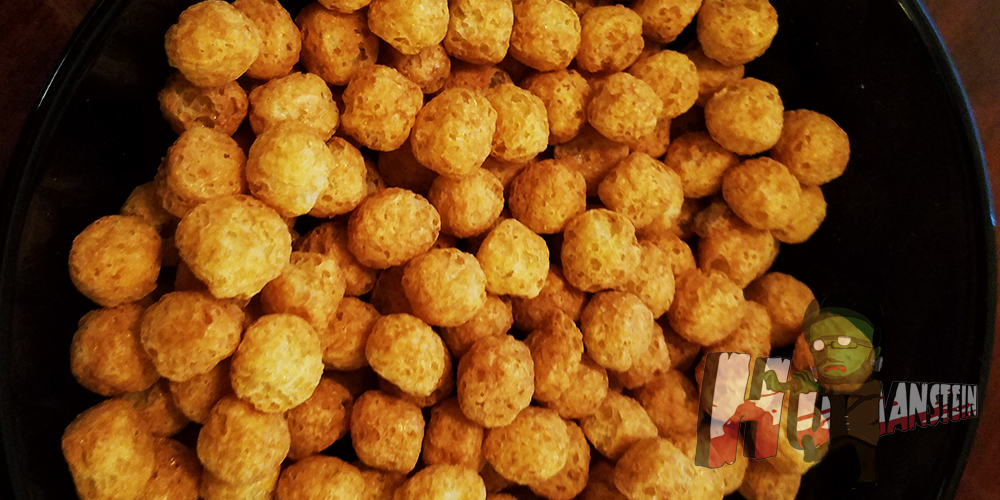 It’d be pretty easy for this cereal to just be caramel as all hell and call it a day. After all the cereal itself is puffed corn just like your average Cap’n Crunch cereal, but not only have they added some light molasses flavors to the puffed corn and the texture of these is actually quite a bit airier than we usually get from the Cap’n. This lighter, airier texture is a bit of a double edged sword, because the cereal’s structural integrity isn’t as strong as it normally is and that unfortunately causes the cereal to grow soggy in milk much quicker than traditional Cap’n Crunch. That said, the texture and flavor when dry is really, really nice and tastes and feels pretty much exactly like what they’re saying it is, caramel popcorn.

I found I enjoyed it just as much in milk as dry though, contrary to a lot of folks on the internet, apparently. The caramel and molasses flavors are a little more muted in milk but they remain sweet, pleasant and delicious. There is a part of me that wishes that the flavors were a touch stronger when the cereal was paired with milk, though. That’s the only drawback here, so I can heartily recommend this cereal and even further recommend giving it a go dry for maximum caramel popcorn fun.