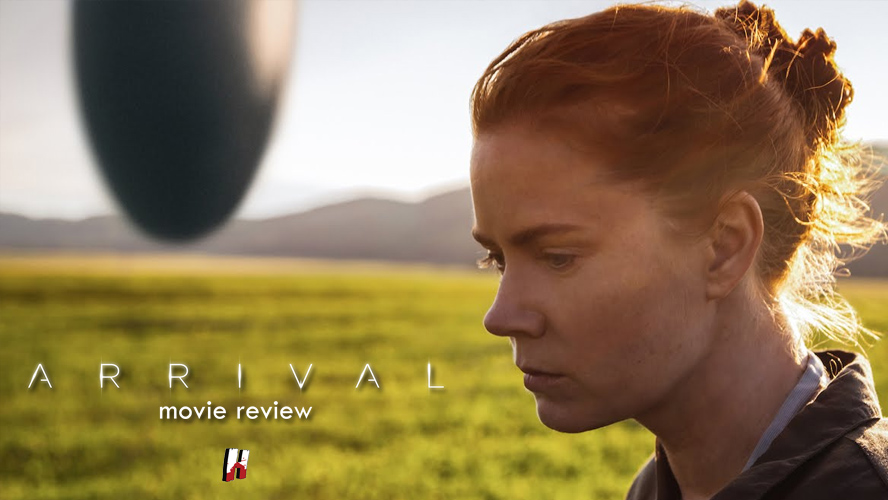 This has been a trying week in a lot of ways for America. In the wake of the 2016 Presidential election, the American people find themselves confronted with a gulf separating them from their fellow citizens, and overwhelming apathy towards both politics and that massive divide. It’s putting it lightly that this has been a rough one. The election has spotlighted the turmoil, global geopolitical strife, and the unreliability of polling in regards to the voice of much of the country. Fears on both sides of the aisles, mistrust, and flat out hate going unrecognized and unaddressed. In more ways than one many of the problems we’re facing both as a country and members of the human race can be boiled down to trust, fear, and communication. Many of the most pressing issues we deal with as a planet day to day have their roots in the ways in which those concepts intermingle horribly; in the ways in which communication breaks down. With that in mind, I can think of no better film through which to examine humanity’s strengths, failings, and potential than Denis Villeneuve’s 2016 first-contact sci-fi film, Arrival.

The film begins with a short, heartbreaking sequence that left me stunned before the aliens even arrived and the lighting fast switch to the larger story at play expertly sets the tone for the film: At once intensely personal and universal in consequence. The premise of the film, like many great pieces of science fiction, is straightforward enough. Twelve mysterious and towering ships have suddenly appeared around the world and are simply hovering in place above the ground. Nicknamed “Shells”, the objects’ purpose, the reason for their global landing sites, and whether they are manned is unknown. Once the United States military enters a shell and discovers what’s inside (namely physics they can’t understand and aliens they can’t speak to) they reach out to two experts. Those experts, played to perfection, are linguistics professor Louise Banks (Amy Adams, Her, The Master) and theoretical physicist Ian Donnelly (Jeremy Renner, The Hurt Locker, The Avengers). Louise is given one question she must  ask: “What is your purpose on Earth?” Ian’s job is to both help and figure out how they got here. 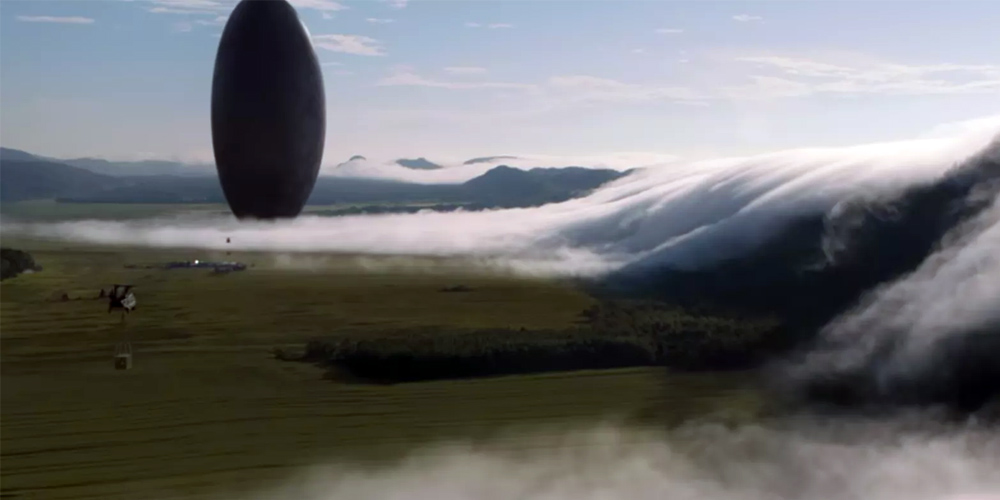 An example of the beautiful cinematography Bradford Young brings to the table in Arrival. This is a film meant to be seen on as large a screen as possible.

Arrival has quickly catapulted itself to the top of my Best of 2016 list, and that is a feat in a year where we saw both The Witch and Swiss Army Man, and for good reason.  Arrival is an  incredibly well-crafted film. A beautiful and resonant story, adapted from Ted Chiang’s 1998 short story Story of Your Life  by Eric Heisserer (The Conjuring 2, Hours), incredible scoring by Jóhann Jóhannsson (Sicario, The Theory of Everything), and pitch-perfect cinematography by Bradford Young (Selma, Ain’t Them Bodies Saints) mesh perfectly with Villeneuve’s intensely personal and poignant style of directing. The pace, which in honesty may be too slow for your average movie fan, is absolutely perfect for the story being told. Villeneuve wisely lingers in the right places and blazes in others. This is the work of a mature director who knows exactly how to make a story sing. There are enough strong, earned moments both on the sci-fi side of things and on the emotional front to fill two movies.

That story is one focused on the human race’s response to the alien species’s arrival. The United States is not the only country on Earth with a mysterious Shell hovering above it, in fact, the US is working with 11 other countries to assess and understand the alien beings, what their purpose is, and what is to be done about them. The nations are at odds over how to approach the visitors. China is poised to attack, the United States wants to reason with them, and nobody can quite figure out which approach should be best. Worst of all, not everyone is sharing their information, or at least not all of it. This is a film in which a translator is the hero, and I can think of no better parable for the modern world than that. 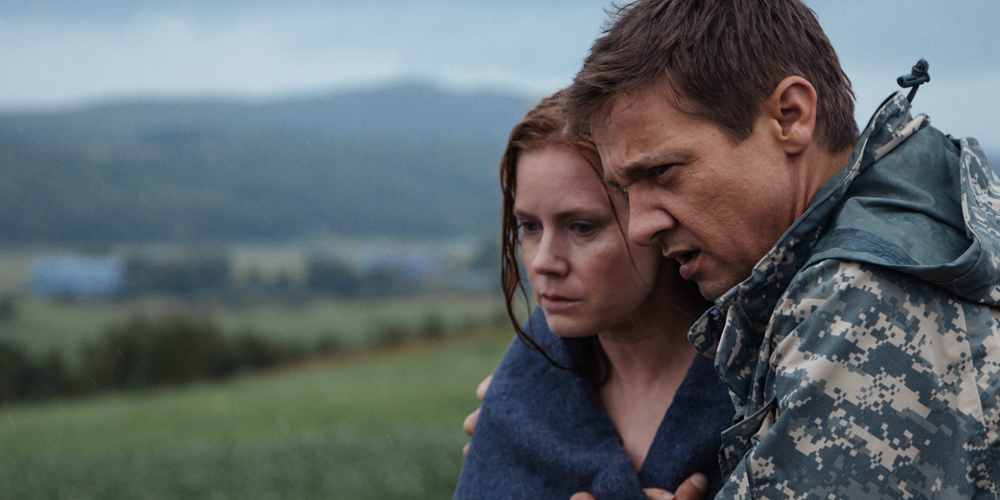 Adams and Renner, Louise and Ian.

Villeneuve is not shy about his aliens. They are introduced quickly, shown often, and the lore surrounding them is richly crafted, deftly delivered, and enthralling. I have not been this interested in an alien species in a science fiction film since, well, Alien. However, the film isn’t really about them. Like many of my favorite pieces of science fiction, the out-of-this-world threat is more a vehicle through which to explore and discuss deeply earthly problems, and here, those deeply earthly problems boil down to communication. This is a film about people. Ordinary people reacting to extraordinary circumstances. To be more precise, this is a film about a single person, and how that person handles the incredible responsibility placed on her shoulders: Amy Adams’ Louise.

Arrival is in safe hands being driven by Adams’ Louise. There is not a poor performance in the film, Renner’s Ian is charming and charismatic, Forrest Whitaker is stellar as always and the child actors throughout the film are simply charming, beautiful, and moving. Adams, however, remains the star. Her Louise is gifted and conflicted. Her struggles to perform under increasing pressure, her resolute drive and stubborn refusal to fail are deeply human and astonishing to watch. Her emotional arc through the course of the film, and through the events of her life as depicted therein, are absolutely beautiful and at turns heartbreaking and inspiring. If Adams does not receive an Academy Award nomination for this role, I will have lost my faith in the institution. She is that damn good. This film is that damn good.

Arrival is both an incredibly well-made piece of cinema and a deeply moving journey. Simultaneously tackling intimate human relationships, and the relationships between humanity as a whole, Villeneuve and company have created a beautiful hard science-fiction film that speaks to love, loss, mortality, grief, fear, and perhaps most importantly the value of communication. With the world in the shape we find it and the problems we face growing more frightening every day, we would be well served as citizens of the  world to make this film a hit and even better off having taken the lessons presented within it to heart. It would be overly simplistic to say that a single film can heal a nation, but I believe Arrival can give us some of the language we’ll need to do it.