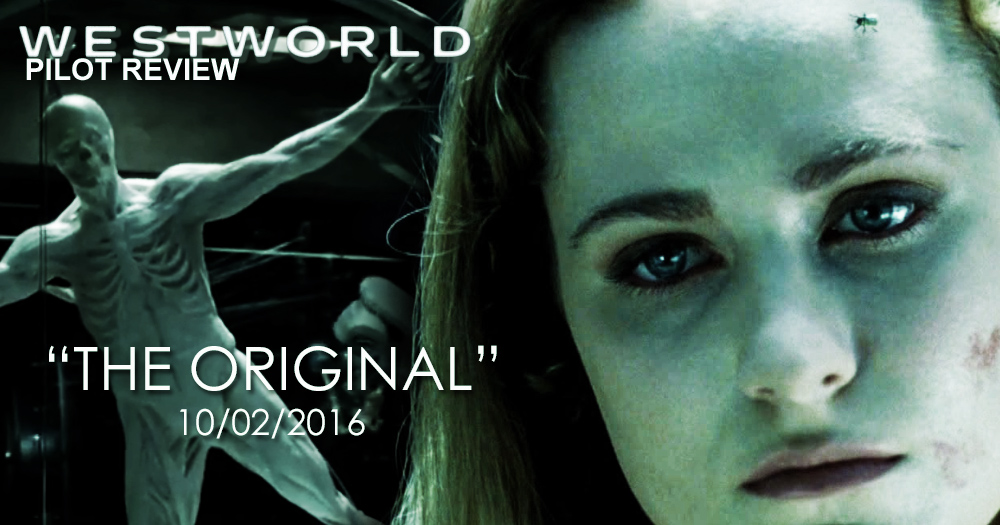 Humanity is a sticky wicket. What makes a human being human? Is it sentience? Free will? Who decides? The nature of free will and the nature of humanity has served as the inspiration for some of the greatest genre fiction ever created, from the work of Asimov to Battlestar Galactica and everything in between. Many times this burning question is explored via humanity’s treatment of near-humans, entities either made by us or just dissimilar enough from us that the humans in the story are able to rationalize any sort of sordid behavior inflicted upon them because, well, they’re not human. Many times what we really learn from that probing is that human beings don’t treat each other yet alone anything different all that well. One thing’s for sure, humans can be real bastards.

Enter Westworld, HBO’s newest foray into high-budget genre television. With Game of Thrones winding down, we’re edging ever close to a future where my Monday mornings don’t involve the word “dragons” all that frequently and when you’re a network in the business of selling dragons, the end of Game of Thrones is going to leave a pretty big hole. Westworld, if it can maintain this level of quality, intrigue and production values may just be just the peg to fill it. The latest antique genre franchise to be rebooted, HBO’s Westworld, based on Michael Crichton’s 1973 film of the same name, is a big-budget sci-fi drama about a futuristic theme park resort that caters to the whims and desires of the very wealthy, regardless of the morality of those fantasies.

Michael Crichton (creator of Jurassic Park) clearly hated theme parks, or at the very least prophecized that they’d be the thing to bring down western civilization, but if we can get some good television out of them, I’m here for it. Developed for television by Jonathan Nolan (brother to Christopher Nolan), creator of Person of Interest and scored by Ramin Djawadi of Game of Thrones fame, HBO likely has another hit on their hands if they can avoid a few specific pratfalls.

To be honest, I love most television shows on HBO. There is always something new to watch, and you can use websites like https://likewise.com/blog/everything-coming-to-hbo to find them. Plus, I also like to stream programs from HBO Max. In case you were not aware, HBO Max is a standalone streaming service that includes all of the standard offerings shown on HBO, plus lots of newer shows from DC Comics, CNN, TNT, TBS, and Cartoon Network. Additionally, HBO Max also produces original shows and movies, just like Netflix, Hulu, and Amazon Prime Video. You can learn more about HBO Max by taking a look at these directv packages. 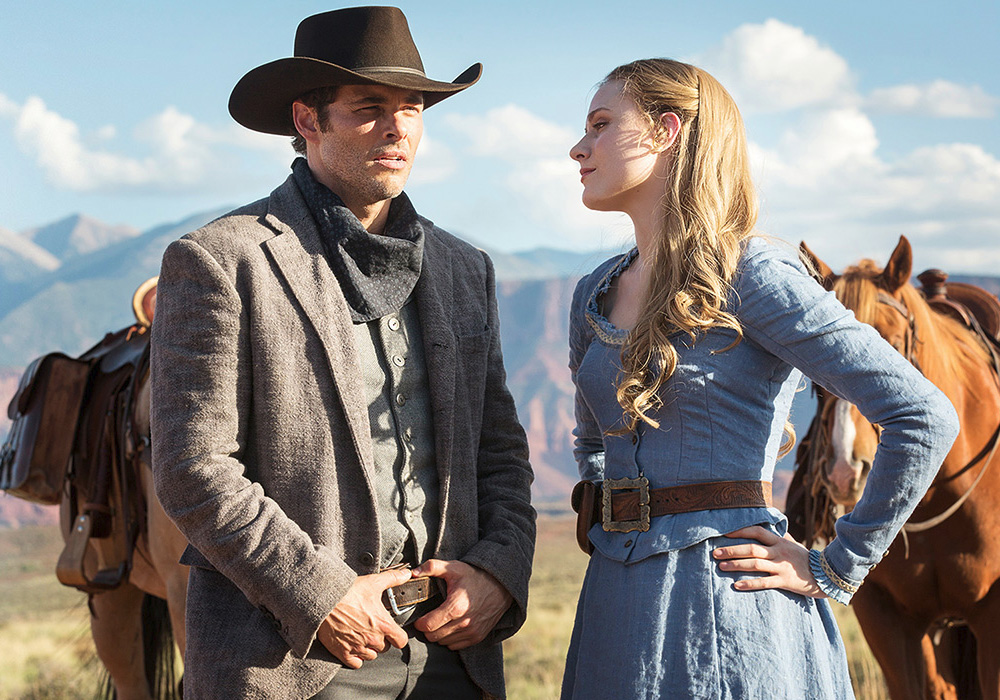 Going back to the source though, Crichton’s Westworld is an enjoyable if fairly routine Robots Gone Wild story whose premise is richer than its execution. In the original film, the very rich can come to the eponymous Westworld, Medievalworld, or Romanworld. Each world is populated solely by advanced androids scripted to give the guests a thrilling vacation and bow to their desires. The film plays it fairly straightforward. Guests arrive, things go awry when the androids begin going off book and murdering guests, the intrepid lead survives and the film comes to a close. Easy to digest stuff, really. The deeper philosophical questions regarding sentience and humanity are looming in the background but this is for most purposes a Killer Robot movie.

It looks like HBO’s Westworld is set to have a lot more moving pieces, which tends to make for interesting television, but the fact that many of those moving pieces are machines may make this a hard sell for the public who so enjoys the sword and sorcery soap opera fantasy of Game of Thrones. 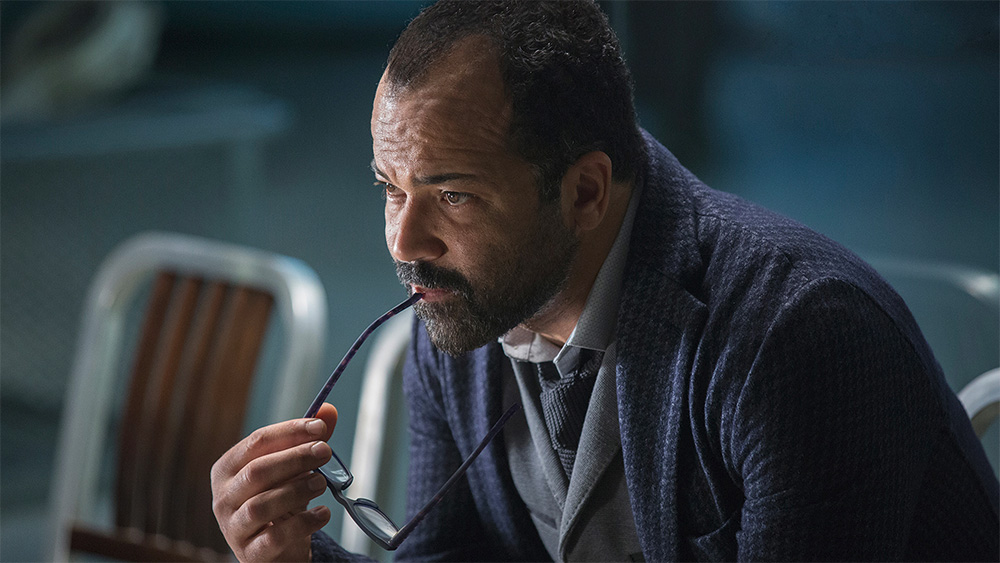 HBO’s Westworld shares the original films focus, a wild west resort for the wealthy where anything goes as long as your credit holds, but shifts the focus from the “Guests” (visitors to the park) over to the behind the scene machinations and the internal lives, or lack thereof, of the android hosts. The first character we meet is Dolores, played with pitch perfect nuance by Evan Rachel Wood, a rancher’s daughter that serves as a wellspring of hope and optimism. Trouble is, as we find out later into “The Original”, she’s a host which means she’s fair game fodder for the dark desires of the people keeping the lights on and in fact she witnesses her father and mother gunned down by bandits, only to be raped and murdered herself the following night. At the close of business each day, the hosts’ memories are wiped clean and in the morning she once again wakes up as a bastion of hope and optimism. There is more to Dolores than can be understood at first blush.

Dolores seems to be a microcosm of the show’s conceit, and seeing where her character goes will likely serve as the main emotional hook, although right now, she by necessity can’t have much staying power. Regardless of her role in the narrative (which I suspect will be large), Dolores is one of the most emotionally engaging and interesting elements in this pilot. 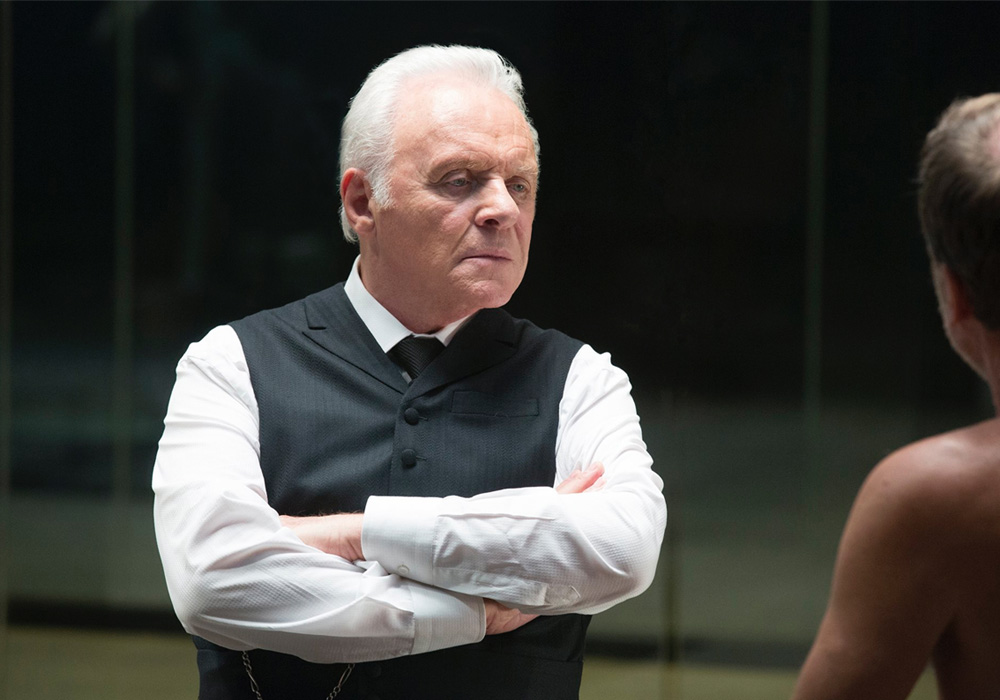 There’s an interesting bait and switch involved towards the beginning of the episode, and another standout performance comes in the form of Ed Harris as the antagonistic Man In Black. A visceral dark figure who seems to fully embrace the freedom having been given him. Without giving too much away, there looks to be much more to The Man In Black and his motives than what might be seen at first glance, and as of the first episode he is the first true human being we seem to be following through Westworld. The behind the scene machinations of the park are a more interesting piece of world building, however.

Behind the scenes, we meet Anthony Hopkins as Dr. Robert Ford, the creator of Westworld, and Jeffrey Wright as Bernard Lowe, the lead programmer. Moments of science fiction brilliance abound behind the scenes, my particular favorite scene involving Dr. Robert Ford sharing a drink with an obsolete host whose human facade stutters and starts, a quiet but brilliant metaphor for Ford’s own obsolescence and degradation in the face of the new kid, Bernard Lowe. 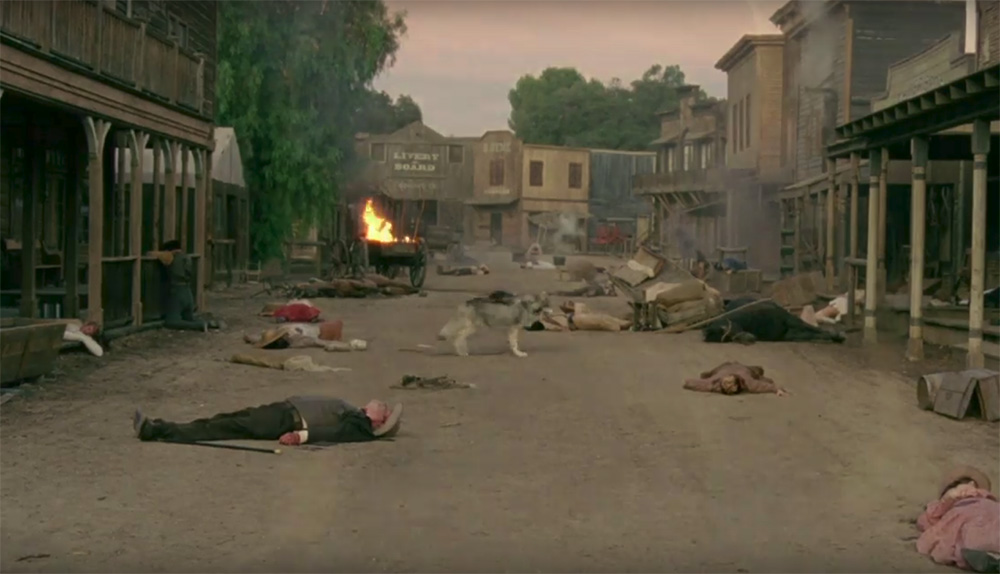 Beyond the questions of free will, Westworld seems to also have a lot to say about violent escapism, while itself being a form of violent escapism. Self-aware critiques are all the rage right now, but this one seems especially well pulled off. Questions of morality are raised, some subtle, some less so and the questions will only grow more involved as the nature of the hosts are revealed over time. What responsibility do we have for our actions when they are perpetrated against something we perceive as less than we are? Is there a difference between violence against a program and violence against a human? What about when that program believes itself to be human? Is Harris’s Man In Black a monster for the “vile” acts he commits against the hosts? If so, how does it differ from spending an afternoon shooting civilians in Grand Theft Auto? Tonally, the show is dark, but it is not a grim slog through unrelenting darkness.

The moments of light, and the statements it has to make on humanity’s better angels temper the darkness in such a way that the moral questions are made to shine. The show looks poised to ask a lot of these kinds of questions, and if the quality and tone is consistent I expect it, like the best of science fiction, will lead many viewers to self-reflection and likely some very interesting conversations. 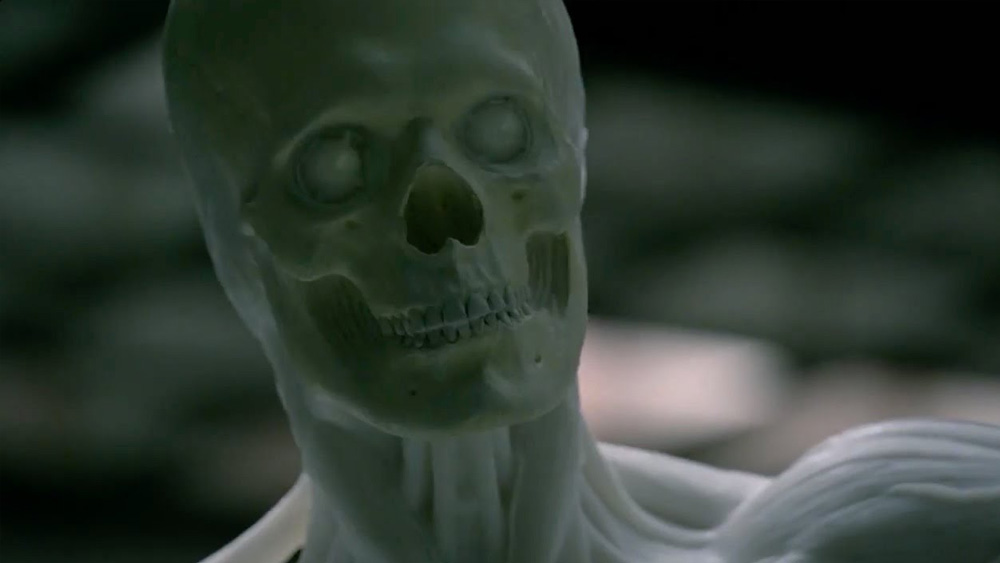 Overall the show is dynamic and flows like sand through an hourglass. The first episode dangles enough questions in front of you and ensnares you emotionally just enough to keep you on the hook. You will feel real emotions and perhaps even shed real tears for characters that at least on the surface do not have “real” emotions. The emotional devastation of seeing the glossy eyes of a host as he is led to cold storage, what amounts to putting toys back in the box, is palpable and real but I fear it may not have the broad appeal of say, Game of Thrones.

The casual consumer of water cooler television may find themselves involved in the high concept ideas about morality, sentience, free will, and what makes a person real, but I suspect they may tune out when it comes to these headier subjects. I suspect we will follow the “real” humans more closely in coming weeks but whether this mix of weighty science fiction and corporate intrigue will have the same staying power as some of HBO’s other successes remains to be seen. After this strong a first showing though, consider me committed.

These violent delights have violent ends.