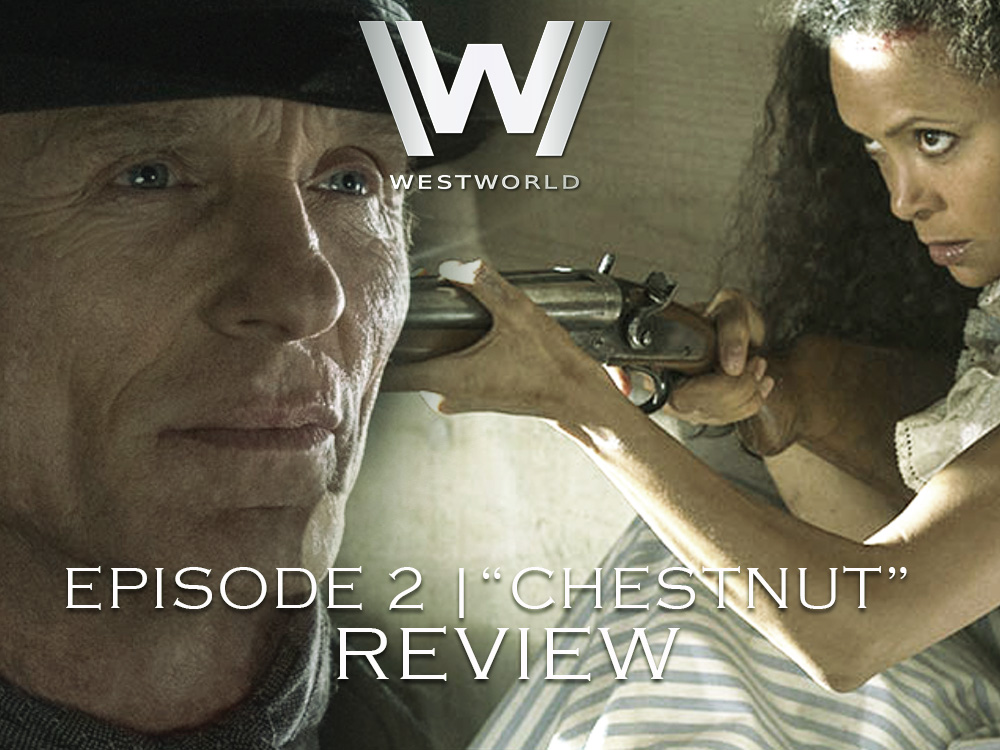 HBO did the world a kindness and granted early entry to Westworld episode 2 on Friday, a full two days early, likely out of fear of having their new fall sci-fi show have to go head to head with the horrorshow that was the second Presidential debate. I had a nice steak dinner and settled in late Friday night to give episode 2 a go and see if it would build on what I liked in the first episode, or if we’d see this train go off the rails as quickly as it captured the hearts of the internet. It didn’t go off the rails, if anything it found sturdier ones to ride.

The first episode seemed primarily concerned with the inner machinations of the park. Stage setting, world building, and making sure we were all in on the high concept before the end of the first hour. It did a solid job, but part of me wondered how the show would keep the interest of the general viewing public without a shift in focus to the human characters, and human problems to grab on to. We were primarily robot and engineer focused last go around, and that worked well and asked more than a handful of philosophical questions. However, philosophical questions do not necessarily gripping television make. They’re certainly welcome as a piece in the machine, but they can’t be the entire show. That would be incredibly dense, and incredibly unsatisfying for most television viewers, myself included. Thankfully, this episode has built on the premise and intrigue of the first episode and has indeed shifted direction just enough to make the show work over the long haul. 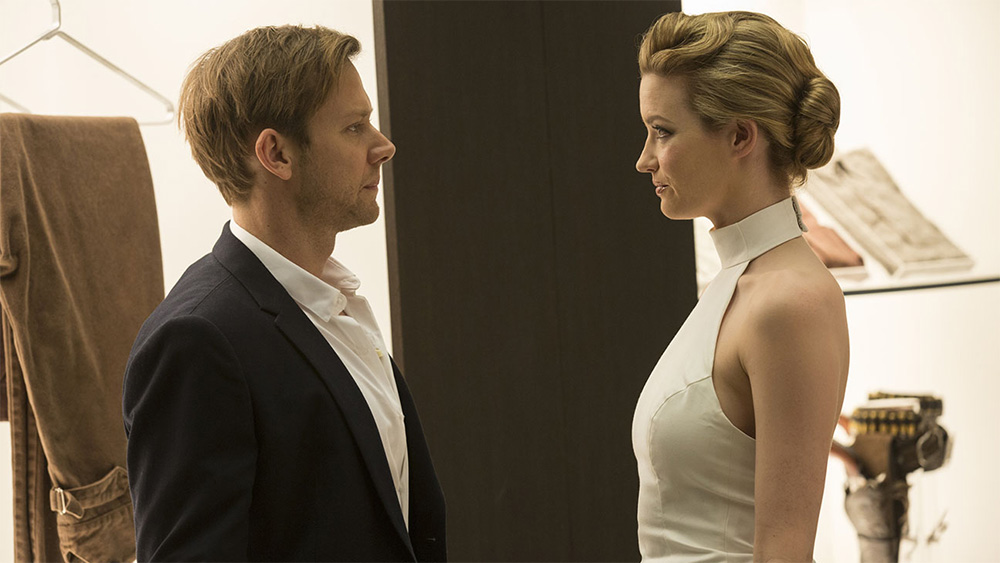 While on the surface level, this episode primarily focused on two Guests visiting the park, the real meat and potatoes of “Chestnut” lives with Jeffrey Wright’s Bernard, Anthony Hopkins’ Robert Ford, Thandie Newton’s Maeve and Ed Harris’ Man In Black. Those aforementioned guests are Jimmi Simpson (Liam McPoyle of It’s Always Sunny In Philadelphia fame) as William, a nice guy on his first trip to the park, and and Ben Barnes as return trip guest Logan, who I am not so affectionately referring to as That Guy I Would Never Hang Out With Under Any Circumstances. Strong emotional notes come from Bernard’s romantic entanglement with with a member of management, Ford’s trip into the park and his connection with a young guest, and more of The Man in Black’s mysterious goals within the park. The building mystery of what “The Maze” is, and why the Man in Black is searching for it is a promising story thread, as is why certain members of park management seem to be giving him carte blanche to pursue it. The core of “Chestnut”, however, is once again a host. Maeve, Thandie Newton’s saloon madame character begins to experience painful nightmares, something that shouldn’t be possible according to the hosts’ engineers. 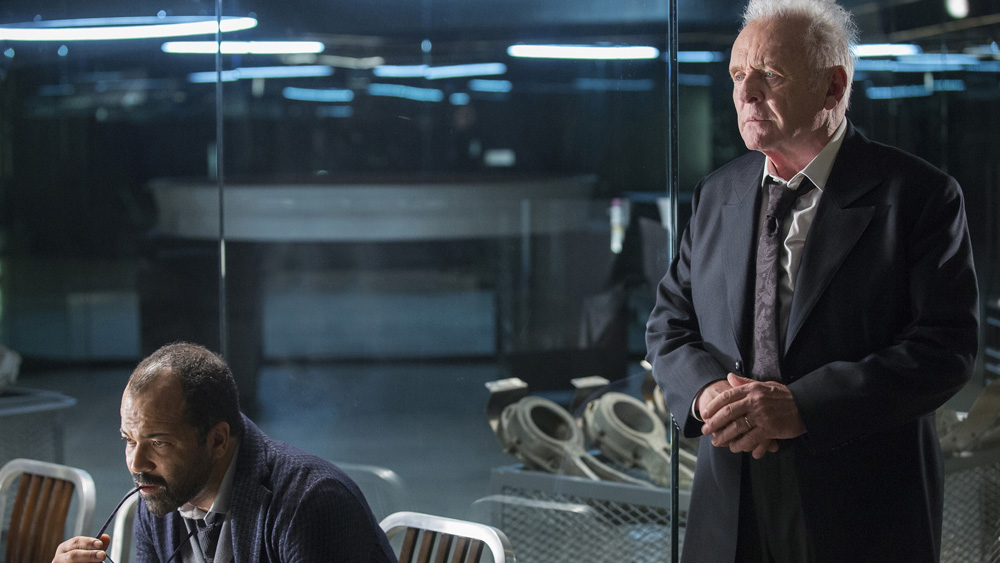 They have given the hosts the concept of dreams, specifically nightmares, but they are not capable of dreaming. Yet, Maeve does dream. When she sleeps, she has recurring nightmares of being a pioneer woman and raising a daughter only to be attacked by tribal natives. This nightmare morphs into the revelation that Maeve, or a past version of her, had a run-in of her own with the Man in Black. Newton’s performance is stellar, and coupled with the moving performance last week by Evan Rachel Wood’s Dolores, I think the combination of empathetic hosts and emotionally compelling real world characters will do well to sidestep the potential lack of human interest I forecast in my review of “The Original”. 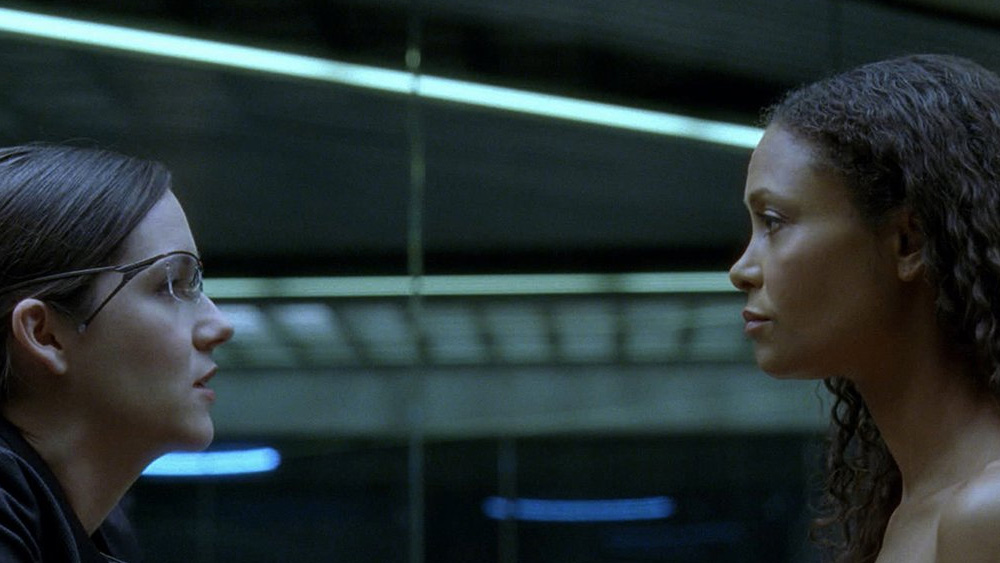 Following guests into the park only makes sense, and William (White Hat) and Logan (Black Hat) are a strong if somewhat formulaic step in that direction. Going with them as they experience what the park has to offer, both the sordid and simple, will prove interesting. William seems to be a fairly well adjusted average guy who will likely revel in the fantasy and the ability to play the hero, Logan appears to be the kind of  guy who will take advantage of the untempered freedom the park allows. If we are to follow these characters through, as the preview for the next few episodes indicates we might, they’ll likely serve as a microcosm of all the guests. Logan keeps reinforcing that the park has the ability to find excitement and adventure beyond his wildest dreaming does serve to unfortunately lampshade the shows strongest potential for failure. Here, this early into the show, those promises and assertions ring true enough, but can the park, and by extension the show, actually deliver on them?

I remain optimistic that it will, however we do trade some amount of the mood and a smaller amount of style in order to actually move the plot forward. This is a necessary evil in order to move the story forward, and this certainly isn’t the first show to cool its heels a bit after an incredibly hot pilot. The elaboration on the human elements does a solid job at sidestepping the dreaded coldness some science fiction suffers from, the cinematography continues to be stunning and the direction and storylines built upon and introduced in this episode have kept me on the hook.

If the series on the whole can keep up this level of quality, we’re in for a real treat. Yee-haw.