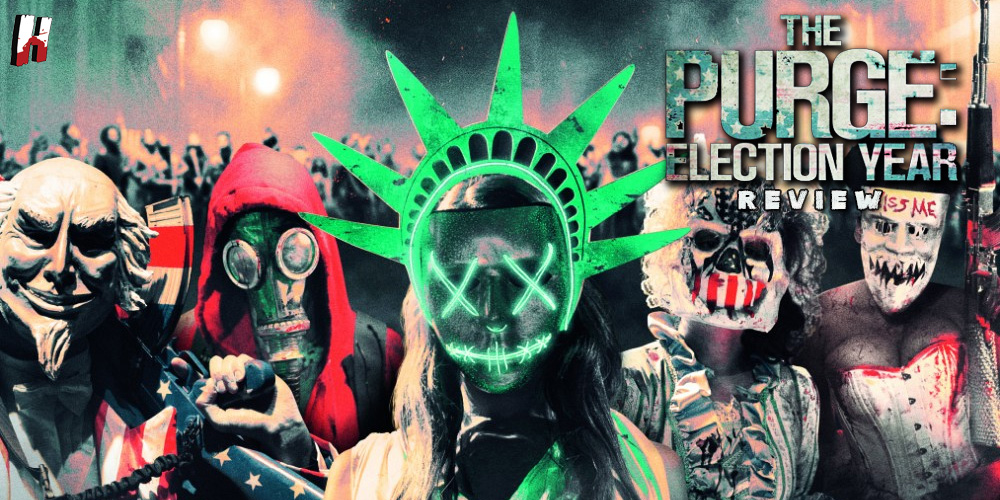 The Purge: Election Year is the third entry in the Purge franchise, and it feels like it. Sequels are tough and third films are notoriously even tougher. Few franchise are immune to it. From Jaws and Scream to Spider-Man and Teenage Mutant Ninja Turtles, the third film is hard and it’s usually one of if not the weakest entry in the franchise. Hell, even High School Musical 3 is the stinker in that bunch of stinkers. There are exceptions, of course, Mad Max: Beyond Thunderdome is killer. So is Army of Darkness, but as a whole, the third one is tough and that holds true for The Purge: Election Year.

It seems like generally one of a couple things happen when you’re making your third entry in a franchise. The first thing that could happen when making your number three is that maybe you find yourself with a franchise that went off the rails a little bit in number two and you’ve decided to steer it back to its roots. Now, that in and of itself has two outcomes. Either you succeed and end up with a film that feels honest to the original but strong enough to stand apart, or more likely you end up guiding the ship that is your sequel too close to the rocks that are your original and you crash the damn franchise.

If that’s not the route your franchise took, you might have had a second entry that was better than the first. If you find yourself in that situation, where the first sequel already upped the ante and the stakes from your first film and raised the bar, well, you’re in a predicament. Do you steer the movie back towards the first entry in order to avoid franchise fatigue at the risk of it not finishing as strong? Or do you double down and try to one up the sequel? That’s the problem the crew at the helm of The Purge: Election Year found themselves faced with. 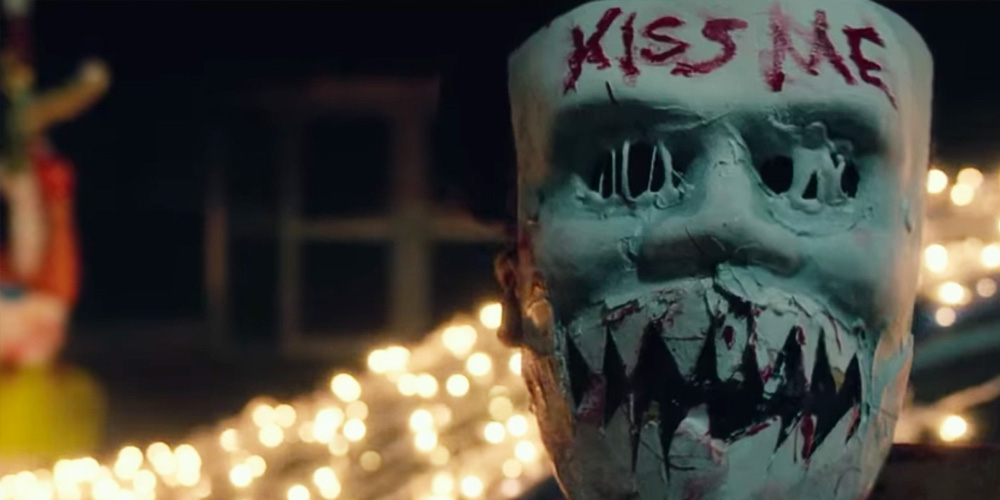 “I’m gonna move my head around a lot. That’s all my character has to do. That and say old man, right?”

At the helm is the returning writer/director James DeMonaco who may honestly be at his best here. If this was the second Purge film released, or the first, I think I’d be singing the praises of this movie very heavily. This is not a bad movie. It’s not even a mediocre movie. It’s pretty good. It delivers on the promises made in the advertising but ends up feeling a little flat and hollow because it’s pretty much the same movie as The Purge: Anarchy (or at least the moral quandary is the same) with the action dial turned up and the horror dial turned down.

This is an action movie. I generally don’t like folks that split hairs. I normally just want films to be films, genre be damned, but this is an action movie with horror set pieces. It’s a competent action movie, with tense, well-crafted scenes, likeable characters, and the requisite one-liner trappings of the action genre. It’s an action movie. That doesn’t damn the film, not in the slightest. I love action movies and some of my all-time favorite films are action flicks. Terminator 2: Judgement Day is the altar I pray at every morning before tackling the day. The problem lies in selling me an action movie dressed like a horror movie. Especially when every single horror beat in your movie is in the trailer. I kid you not. Every. Single. One.

If you’ve seen the litany of trailers for The Purge: Election Year, you have seen all the horror set pieces and beats that the film has to offer. You’ve seen the girls in the masks. I will not be surprised if the purge girl costumes are very popular at Halloween this year! You’ve seen the third act twist. You’ve seen the church, and the swinging axe, and the guillotine in the alley. They’re all in the trailer. I can live with some scares being shown to hook the audience, but when you show me enough of the beats to be able to piece together the third act twist, you’ve fucked up a little bit. The horror set pieces are solid but they’ve been robbed of nearly all of their power because we’ve literally seen them, including most of the jump scares. 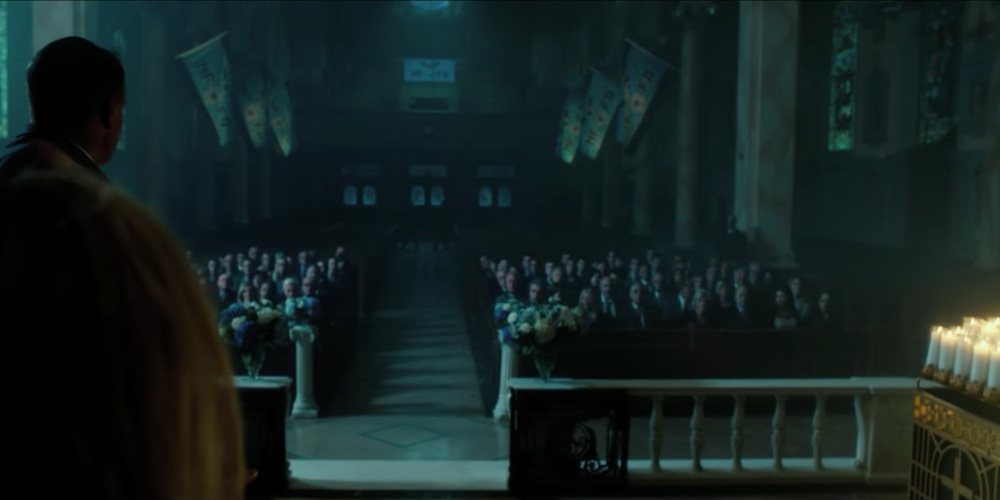 Oh, what’s this? It’s in the trailer.

The film follows a pretty straight line. They’re not trying to reinvent the wheel here. They’re trying to fit in a solid amount of horror set pieces, some high tension action scenes, and enough in your face social commentary that even the lowest common denominator gets the deal and knows what’s being lampooned. The film follows Senator Roan, played with grace and gravitas by Elizabeth Mitchell, a young senator who witnessed her family being butchered in front of her on Purge Night 15 years ago as she attempts to survive the annual Purge. Helping her in this endeavor are Frank Grillo’s Leo Barnes, a returning character from The Purge: Anarchy and a ragtag group of civilians played by Mykelti Williamson, Joseph Julian Soria and Betty Gabriel.

The film is well acted in most regards, though a handful of bit players seem to have confused being scary and menacing with chewing scenery and turning their head a lot (namely the “Candy Girls”), but on the whole the performances from the main cast are tonally on point and work well for the plot. You believe that Elizabeth Mitchell’s Senator Roan has experience the things she has, and you want to see her succeed, especially if you’ve seen the other films. You believe Frank Grillo’s Leo is a calculating action hero badass who has his boss, Senator Roan’s interests at heart and will do what it takes. Grillo is in fine form this go around and is fun to watch. Another strong performance is Gabriel’s local-Purge-legend-cum-EMT Laney Rucker. Rucker may be an action star in the making and her performance is a treat as a bona fide badass who saves the day a handful of times.

The social commentary is as on the nose as ever, and it’s maybe even more blatant here. This go around the New Founding Fathers of America, the fascistic organization responsible for the Purge is going toe to toe with Senator Roan for the presidency. Roan is running on a platform designed to dismantle the Purge, spotlighting that the Purge disproportionately affects lower class citizens, the poor, and minorities. Unfortunately for the NFFA, Roan’s platform is resonating with the populace and going forward they may not be able to keep control. So they decide to change the rules, literally. The Purge this year no longer has the protection clause for government officials, meaning that Senator Roan is fair game. They dispatch a death squad literally composed of Nazis and Klansmen wearing “White Power” regalia to bring her in, and the chase is on from there. 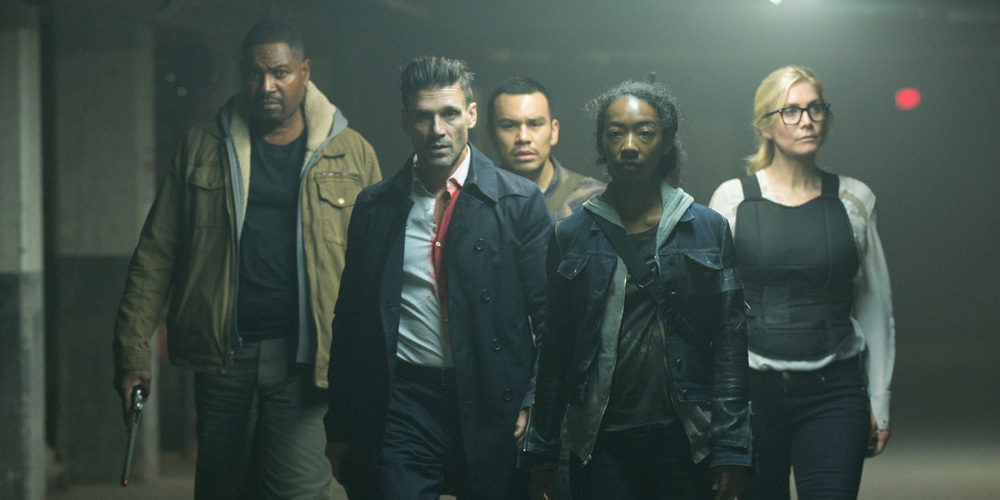 Without context, would you say this is from a horror movie or from an action movie?

The film goes exactly where The Purge was seemingly always intended to go and this film tackles exactly the ideas and set pieces it was set up to from the first film and there’s absolutely nothing wrong with that. That’s the nature of trilogies. However, in going whole hog on making this a fitting end for The Purge franchise, I think they kinda forgot to make it scary. There are jump scares a plenty, but an overwhelming number of those scares and those horror set pieces are in the trailer and it ends up having to rely on it’s action sequences. Those action sequences are well done, and the film only drags in a few small places long enough to throw more exposition and social commentary at you, but on the whole it just didn’t do it for me as much as I’d hoped.

I guess the moral of the story is don’t dress your action movie up like a horror movie and try to sell it to us that way. It just won’t work. Especially if the emotional core of your film is the exact same moral quandary as in your second film and you happen to have to shown us every single horror beat in your movie before we sit down to watch it. If you’re in the market for a fun action movie with a hefty dose of social commentary and some solid horror set pieces, check this one out. If you’re looking for a no-if-ands-or-butts horror flick, you might want to look elsewhere.