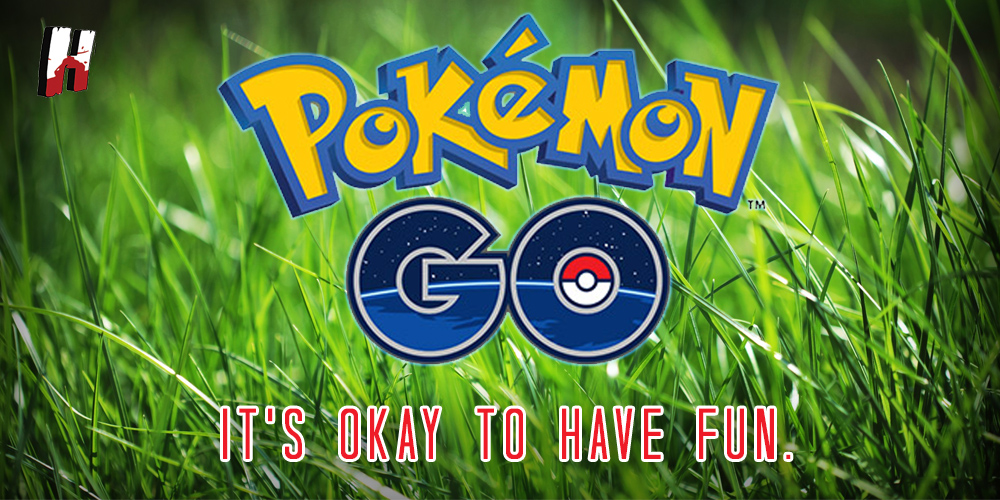 Pokemon Go was released a couple days ago and it’s pretty much taken the internet by storm in an interesting way. I for one have been running around town frantically in my Pikachu onesie like it’s some sort of gym training! The key difference between Pokemon Go and any of the other internet memes and trends of late is that it’s getting folks off of the internet and out into the real world. Folks of all ages, creeds, and persuasions are running around holding their phones in front of their gleefully smiling faces as they shout out half remembered names of the monsters of yesteryear. People are excited but (just like anything else that gets people talking) there’s backlash.

A lot of criticism has been hurled at folks my age, millennials, for indulging in nostalgia and navel-gazing. This gets hurled at millennials a lot. We’re too concerned with a past that isn’t even all that distant, often by middle aged folks who are somehow blinded to the fact that their childhood continues to dominate the pop cultural landscape. The 2010s in many ways live in the shadow of the nineties and for some reason that’s viewed as a sign of cultural decay by folks who don’t see the irony in slinging that as a barb while going to eighties throwback cover band shows and insisting that 80s movies are the peak of cinema (they’re not necessarily wrong on this front).

I get nostalgia. I traffic in nostalgia. That’s probably pretty clear to anyone who reads this blog with any regularity. I was one of the folks who paid 36 dollars for a case of Hi-C Ecto Cooler on day one. I have more than a few throwback t-shirts in my closet, and I still have a VHS player hooked up to my TV. I am no stranger to nostalgia, nor to the allure of a simpler time in one’s life. I played the ever loving hell out of Pokemon as a child. I collected and played the card game. I beat the first couple games into the ground. I watched the anime, I read the manga, I ate the Pikachu candy. So did pretty much everyone else born between 1988 and 2000. Pokemon is a cultural touchstone for a lot of us with many people my age still playing the games on software from sites like Gamulator. 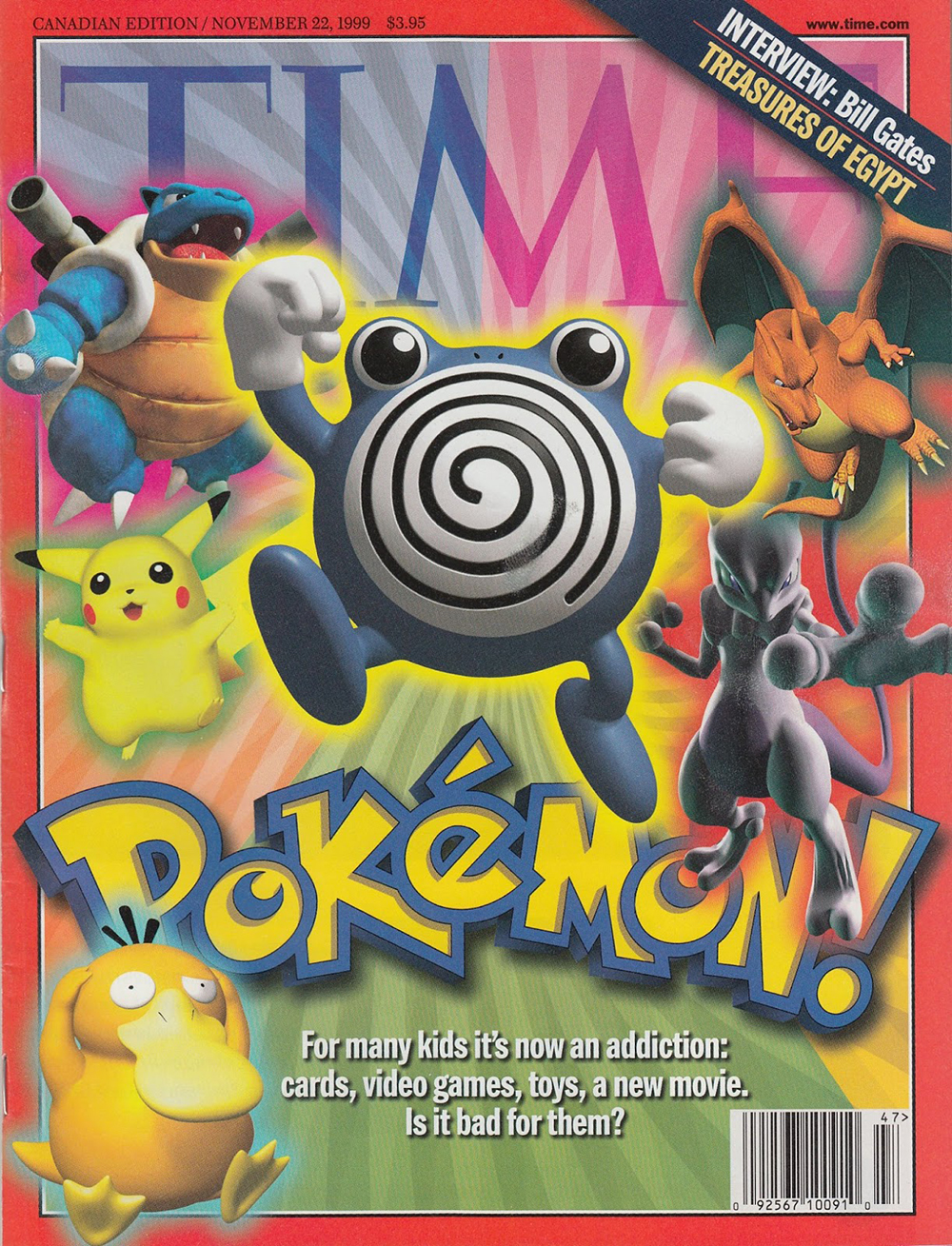 The headlines haven’t changed much, have they?

Pokemon was a shared experience we all had in common. For a lot of people it was the last cultural wave they rode before they gave into trying to be cool, make time with their crushes and awkwardly dance in Junior High cafeterias. In some ways Pokemon kind of stands as that last great gasp of childhood, whether it be the classic games or with the Pokeon pearl gba rom people grab from the internet. There are hundreds of shitty arguments about how millennials are too obsessed with their past. We “didn’t grow up”, we spend “too much time thinking about 1999”, the list goes on. And it goes without saying that a lot has been made of this app and how it relates to those ideas. Some people have decried Pokemon Go as yet another nostalgia trip for a generation that hasn’t earned it in their eyes (I mean, we didn’t have to put up with Reagan, right?). Some folks insist it’s just another way for us to stare at our phones. Some people are insisting that “Pokemon Go Is Everything Wrong With Late Capitalism”. Some folks are just mad because people are having fun. A lot of people feel the need to write snarky tweets about twentysomethings having fun, or think pieces about why Pokemon Go is inherently wrong but I’m just going to relay my personal experience in trying to be the very best, like no one ever was.

My girlfriend and I are not what you might call “outside people”, we’re not even really “people people”. We spend a lot of time indoors, watching movies, binge watching Netflix, playing video games, etc. The millennial stereotype, in a lot of ways. We spend a lot of time in a relatively isolated bubble. I’m sure this is true for a lot of people in this age bracket. It just seems a lot harder to make friends in your twenties (although some of us take advantages of social multiplayer gaming with help from ggservers, which combines Pokemon and another recent phenomenon, Minecraft). We’ve got a jovial relationship with our immediate neighbors but outside of that we don’t exactly have much interaction with the folks living around us.

Earlier today, she and I were running around in the courtyard of our apartment looking for Pokemon. A solid ten to fifteen of my neighbors were too. Ages varied, so did gender, race, and all the other things that divide us and work their way into prejudice and isolated social spheres. Folks were watching from windows, shouting out from patios asking what Pokemon we’ve got in our neighborhood. Folks were hopping fences, myself among them in order to get back out into the fray when something cool had been found. Tough looking dudes, nerdy looking ladies, parents, teenagers, all shouting with spasmodic glee as we found a Bulbasaur. Things grew to a fever pitch when we found a Clefable. We were all just having a damn good time together and I’m sure in the back of our minds a lot of us were thinking, “When was the last time we had this kind of fun?” Pure, simple, shared fun. There’s a lot of value to that in my mind. That just doesn’t happen anymore.

Millennials spend a lot of time reminiscing about our childhoods. That’s a given. Every generation before us is just as guilty as we are of that. Take a look to how the values of the eighties were dominated by nostalgia for the fifties. It’s a continuous cycle. Every generation is nostalgic for their youth and that’s usually chalked up to a longing for a simpler time in your life. No bills, no responsibilities outside of getting a decent report card. Long, carefree days and summers that stretched on forever. I think that’s a big part of it, but I don’t think that’s the whole story.

Nostalgia relies on shared experience. Sure, you can be nostalgic for solitary memories or for specific chunks of pop culture but at the very least nineties nostalgia, my nostalgia, hinges on expressions so oft repeated they’re borderline jokes like “Do you remember…” and “Only 90’s kids…” and I think the reason for that is a deeper longing for connection. There existed a shared, communal language and social system built around things like trading Pokemon, playing GoldenEye and eating lunch together. Watercooler talk about Samurai Jack and your binder full of Pokemon cards. The easy, carefree way you made friends way back when relied pretty heavily on that shared pop cultural experience and it hasn’t really met its match in talking about The Walking Dead or Game of Thrones. I’ve had that feeling quite a bit this summer, hunting for Ecto Cooler and writing about the stuff that we all had so much fun with back in the day but none of that nostalgia tripping can hold a candle to how it felt to get outside and meet people who were doing the same silly thing I was doing.

Pokemon Go is the missing link in the nostalgia chain. We’re all nostalgic for the things we shared and loved but I think we may have forgotten the real reason we loved them: because we shared them. This silly augmented reality game about tracking down cartoon monsters is doing a lot to remind us of that and it’s doing it at a time where we could really use a little togetherness.

If you’re open to the idea, you just might remember how good that felt.