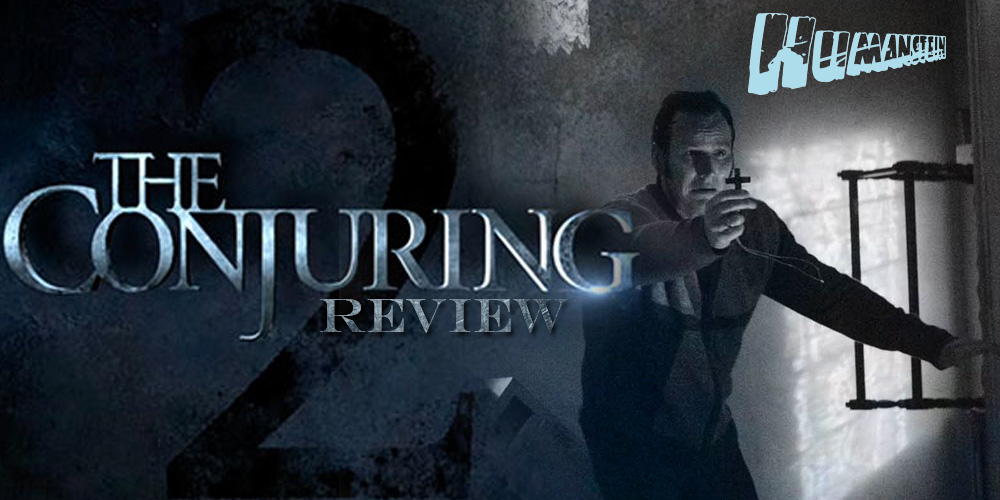 James Wan’s The Conjuring proved that the studio horror movie isn’t as dead as a lot of horror fans and critics, including myself, would have had you believe. Studio horror has had a pretty rough track record over the last few years, as the studio system seems content to rely on formulaic remakes and retreads, but The Conjuring was a shock to the system in many ways. It was a character driven, emotionally resonant horror film that actually managed to be pretty damn scary and earned it’s spot on many Best Of 2013 lists. I’ve not met many horror fans who don’t like The Conjuring, and The Conjuring 2 takes everything I enjoyed about the first film and ups the ante in a beautiful way.

The Conjuring 2 is primarily focused on The Enfield Haunting, England’s answer to The Amityville Horror. In reality the Enfield Haunting is the source of a lot of speculation and derision as to its authenticity much like the Amityville case that is touched on at the beginning of the film. The continuation of that theme of belief and fraud permeates much of the film. The Conjuring 2 is a film about faith, belief, and empathy. That only works when you care deeply about the characters, and Wan and his band of actors are strong enough to deliver on that. 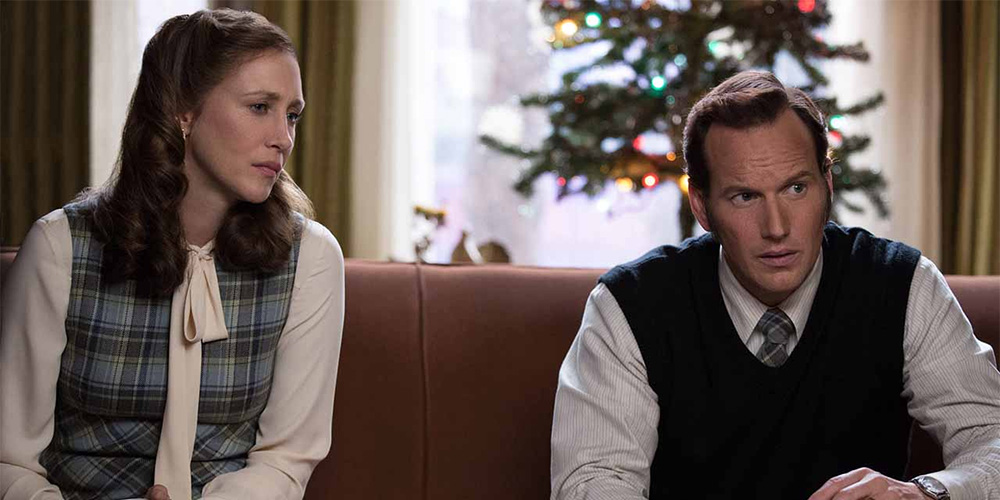 The franchise is an interesting and welcome inversion of the traditional horror franchise framework of following a villain from horrific incident to horrific incident. Instead, we follow Ed and Lorraine Warren, played to perfection by Patrick Wilson and Vera Farmiga, as they travel the world and help people.

Regardless of how you feel about the real life Warrens, namely whether you feel they are heroes or hucksters there is very little denying that the Warrens as depicted in The Conjuring films are compassionate altruists willing to literally face hell to help others. The biggest strength of the franchise, and of this film as well, is the core, powerful and loving relationship between Ed and Lorraine as well as the delicacy of touch brought to their interactions with each other and the people around them.

They are not the only stars of the show, just as in The Conjuring their performances were wonderfully accented by the strong performances of Ron Livingston, Lili Taylor and the child actors here they play off an excellent cast of supporting characters. I would argue that Wan’s biggest strength is in his direction of actors and once again he and they are at the top of their games. While the Hodgson family of this film lack some of the immediate charm of the Perrons from the first film, the backstory of the family is emotionally powerful and heartbreaking. Frances O’Connor does an excellent job as Peggy Hodgson, a single mother living in a council house struggling to support her four young children each of whom is sympathetic and likeable. A However outside of the stellar performances by Wilson and Farmiga as The Warrens, the show is definitely stolen by young actress Madison Wolfe playing Janet Hodgson, the focal point of the supernatural disturbance.

Wolfe’s performance drips with weariness and fright, her delivery and the crack in her voice conveying the severity and the intensity of her isolation and terror in a way that few young actors could. Her interactions with her siblings, her family, and the Warrens provide a secondary emotional backbone that causes us to not only care about The Warrens but to deeply care for this family and the hell they’re being put through. Many genre films would do well to learn from Wan and The Conjuring films. It comes up time and time again, but you can’t do terrible things to people with any level of emotional power if the audience doesn’t care about the victims. We need to feel for them in order for anything that happens to them to resonate with us. We’re more frightened when we’re sympathetic. 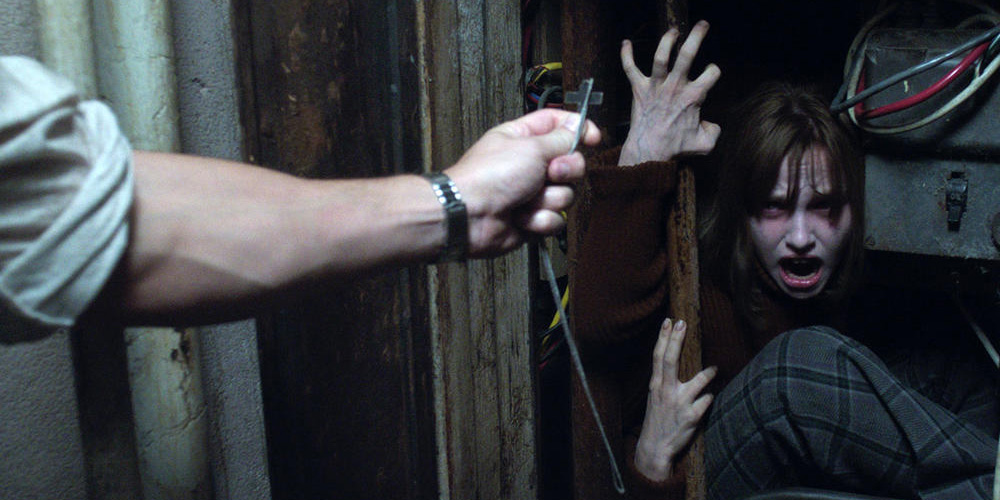 As far as the frights are concerned The Conjuring 2 does an excellent job of scaring you. Wan uses an electric mix of dread and proper scares to ramp up the intensity level and the tension to levels very rarely reached outside of the all-time horror classics. I suspect you’ll hear a lot of people lobbing comparisons to The Amityville Horror and The Exorcist. Those people are not overselling this film or the impactful scares Wan and his cast expertly pull off. Perfectly timed, the actors and the score work together like a well-choreographed dance sequence, the actual content of the scares plays perfectly off your sympathetic feelings for this well-crafted band of characters. There are jump scares, but they’re very well executed and the majority of them are diegetic and organic, not removing you from the scene but expertly releasing the tension that the performances, Wan’s direction, and the Hayes brothers script have so wonderfully constructed. These scares are powerful and valid, not the cheap loud bang in a dark room scare many have come to expect from Hollywood horror. 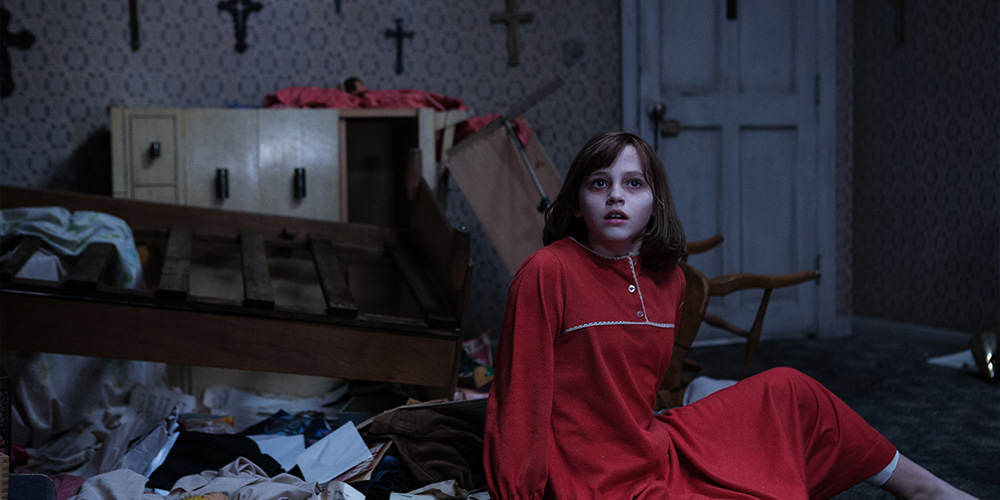 The film is not without its flaws as few films are, some scenes cross dangerously close to saccharine sweet cuteness and some of the disbelief hurled at the family is almost distractingly harsh considering what we’ve seen as an audience and the intensity of the performances. Even these flaws however do not detract from the rich feast of horror this film has brought to the table. The disbelief from supporting characters does little but galvanize the audience behind the Warrens and the Hodgson family as they encounter a multifaceted evil that I would be cruel to spoil. 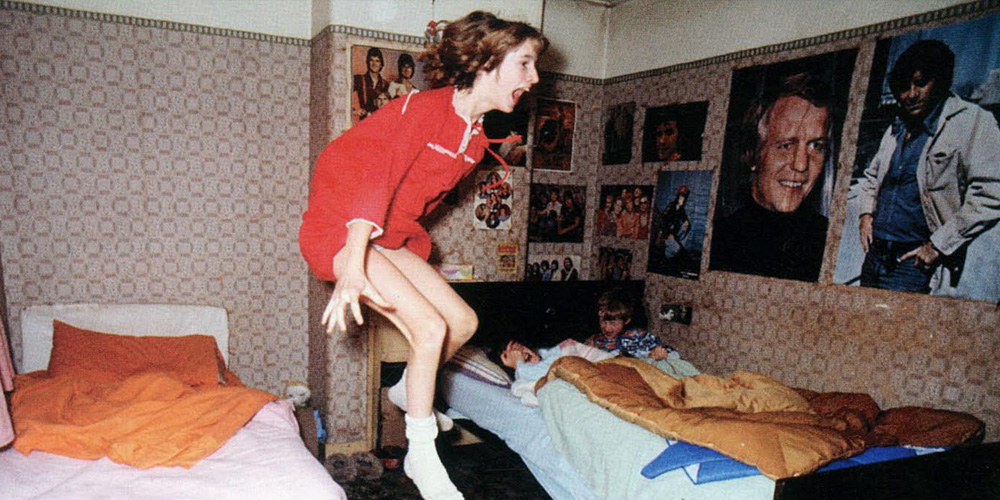 Many, many horror films simply tout their “Based On A True Story” nature and simply hope that line will present enough gravity to ground their film in the real world, but The Conjuring 2 goes a step further. It would be so easy to take a simple grain of truth from the real horror, real or otherwise, that the Hodgsons experienced, or the Warrens name and just run with it from there but The Conjuring 2 doesn’t do that. From having the actual Hodgson family involved in the film, to lovingly recreating the Hodgson’s council house, Wan and his crew have expertly made a film that feels real even as we’re presented with terror that most people deeply hope isn’t in the world. The performances are powerful, the costuming, lighting, set dressing down to the posters on the wall, and cinematography go a very long way to making this world feel like our own, and in the end this level of care leads us to feel the terror of its inhabitants.

This franchise is one of the strongest in modern history, arguably in horror history, and thankfully there are many stories yet to be mined from The Warrens’ case files. If we live in a kind world we’ll see Wan and his team return to this world again but even if we don’t we now have two excellent horror films that we are very lucky to have. I know at this point if we get another Conjuring film somewhere down the road, I’ll be the first one in line.