Last summer, my friend John and I decided to go see a movie at The Six Flags Mall. It’s now called Plaza Central, but I mean…they didn’t take down the six literal flags. So. Six Flags Mall it is.

If you’re from here, you know it. It’s the forgotten Arlington mall. Well, it’s open…kind of.

Everyone knows Tinseltown is still open for business if you’re in the need of $4 weekend matinees and don’t mind being surrounded by a metric ton of children. But much to my surprise, the mall itself appears to be open as well for the first time in years. After seeing Jurassic World, John and I decided to go exploring.

Most of the storefronts inside the mall are like the image below. Completely empty storefronts unlocked and open to the public. Nearly all of them have signs indicating they are available for rent, and for how much though. Most of them are in the 200-400 a month arena. The possibilities are limitless at that price range, as we’ll see later. The first storefront we actually went inside appears to have been a Victoria’s Secret in a past life. We took full advantage of the opportunity to be beautiful models. One of the most interesting elements at play in the Six Flags Mall in the summer of 2015 almost definitely has to be the inexplicable religious signage spread throughout the mall. These religious signs are presented in traditional retail sign holders, but instead of letting you know camisoles are 2 for $10 at the Wet Seal, these let you know judgement is at hand. And to get on your knees. It’s not an overstatement to say that there are a TON of these cryptic religious messages throughout the mall. Most of the are written in English with poor Spanish translations below them. No indication is given anywhere as to what the signs are there for. Presumably some religious person, or perhaps a church, purchased advertising space in this semi-abandoned mall in order to reach wayward souls such as myself. They left an impression, but probably not the one they were hoping for. The Six Flags Mall was built in 1970, and presumably thrived at some point in it’s life. I spent a fair amount of time in this mall as a child, before the much nicer Parks at Arlington swallowed up all the business. In my lifetime, Six Flags Mall has always been a little bit of a dump, but I do have fond memories of it. There was a pet store in the mall, and that seems like such a distant and foreign concept, but the highlight of every trip to this mall was definitely a visit to K·B Toys. Others have written at great length about why K·B Toys was superior to Toys R Us, but this is my blog, so a few points bear repeating. Namely, K·B Toys had a much weirder selection of toys, better clearance selections, and a seemingly never ending supply of toys based on R rated movies for me to convince my parents to buy.

This is what’s left of it. We wandered around inside it for a while, and I reminisced about cheap X-Men action figures and a distinct memory of purchasing a talking Terminator 2: Judgement Day talking Arnold Schwarzenegger doll.

As we moved deeper into the mall, it only got more out there. This storefront was many things in its life, a Children’s Place, a shoe store (if memory serves) and an arcade. I have strong memories of sitting in that tube while my mom bought clothing and/or shoes. In fact if I remember correctly, I’m pretty sure she even bought a one in a kind jacket from one of these clothing stores before. It turned out to be one of her favorites. But now it is much easier to head to a site like Imprint to design a jacket of your own making, so I wouldn’t be surprised if most people did that now. It’s a shame really, those shops were pretty cool! There are a lot of strangely ornate elements scattered throughout the mall, including these picture frames with copy paper messages taped to the glass.

By far the most surreal moment of the day however, was this:

This group was playing in the center of the mall. No one else was around.

The exterior of the mall also had a charming slasher film vibe to it as well. I have a very strong desire to rent one of these storefronts and maybe try to sell actual garbage. Another interesting fact of life in this mall now is that there are at least two pinata stores. Here’s me hanging with my girl Elsa at pinata store number one. In addition to the pinata stores and completely empty or shuttered storefronts, there were a handful of operational businesses. Most of them were clothing stores like the one below who’s sign was made from actual rope. We found this beautiful crane game next to this equally beautiful statue. John is secretly really, really good at crane games. All in all, this was a fun day out at the semi-abandoned mall and it sparked a love of exploring run down semi-abandoned buildings that is still thriving. Hopefully John and I will get back out there this summer and compare and contrast what was with what is. 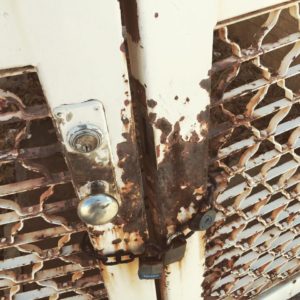 Oh, and there was a damned hearse outside. We thought long and hard about stealing it but in the ended decided not to become felons. 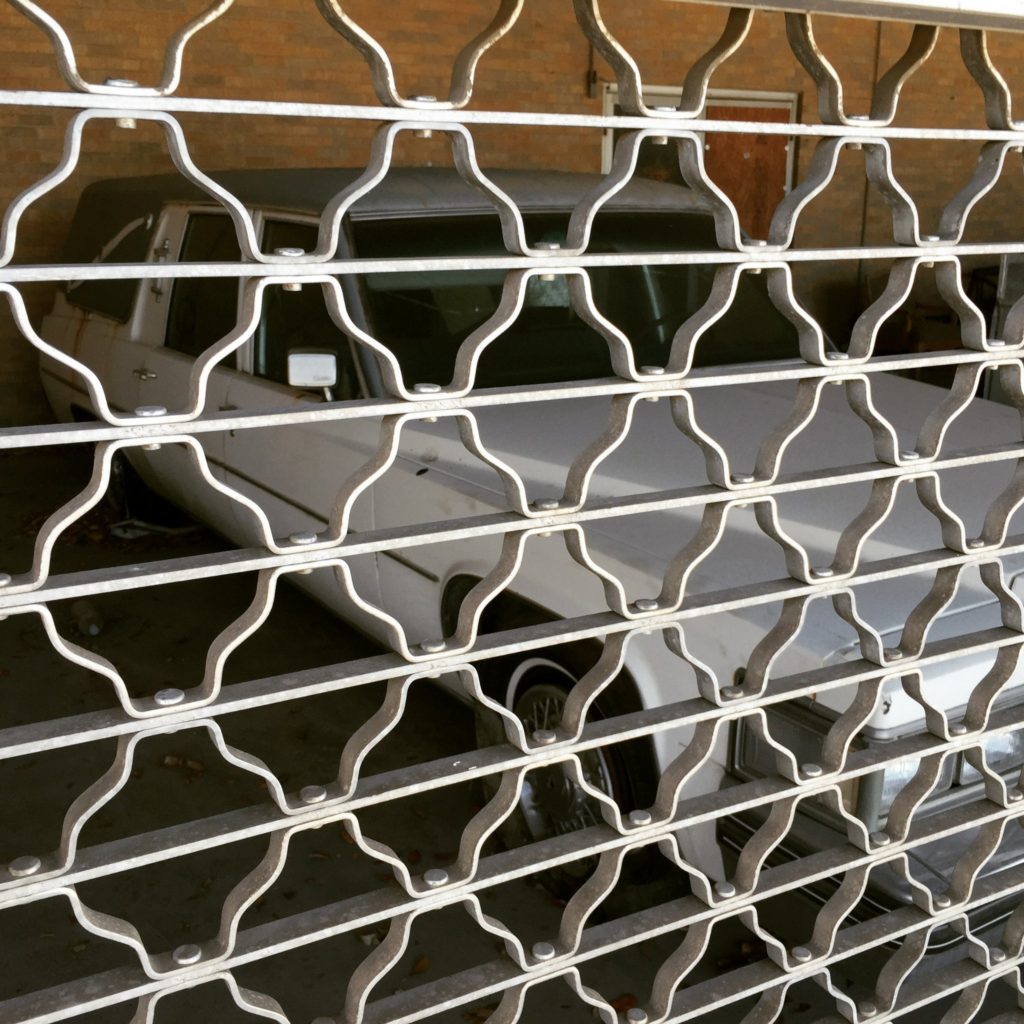 I still dream about the hearse.