A major pratfall of introducing people to Blade Runner that haven’t seen it in 2017 is that sci-fi has mined its thought-well for decades.

A warning: this is less a review and more a set of musings as my fellow 20-somethings start watching it for the first time ahead of 2049 and start reacting to it with all the tact and delicacy that we millennials are so known for. While to a certain old guard this is heresy, after all these kids are dragging this film’s name and well-deserved reputation through the mud, a little perspective is probably necessary.

Blade Runner has long been held up as a prime example of smart, mature science fiction. It tackles some very simple questions that have very complicated answers. What makes a person a person? Can you define humanity by biology? While Blade Runner and Ridley Scott were hardly the first to grapple with these questions, and though I love many of these other pieces of fiction immensely, none broached those questions in quite as interesting or as captivating a way as Blade Runner did. There’s a reason it became the touchstone it did and a reason it inspired so many reinterpretations and homages, and it’s not just because it’s so goddamn beautiful to look at.

Blade Runner tackled these ideas in a smart, engaging way and has been rewarded with a spot on the “Classics” list. However, because of the influence the film has this is a story that keeps being retold and whose themes continue to be explored. That’s a blessing and a curse. 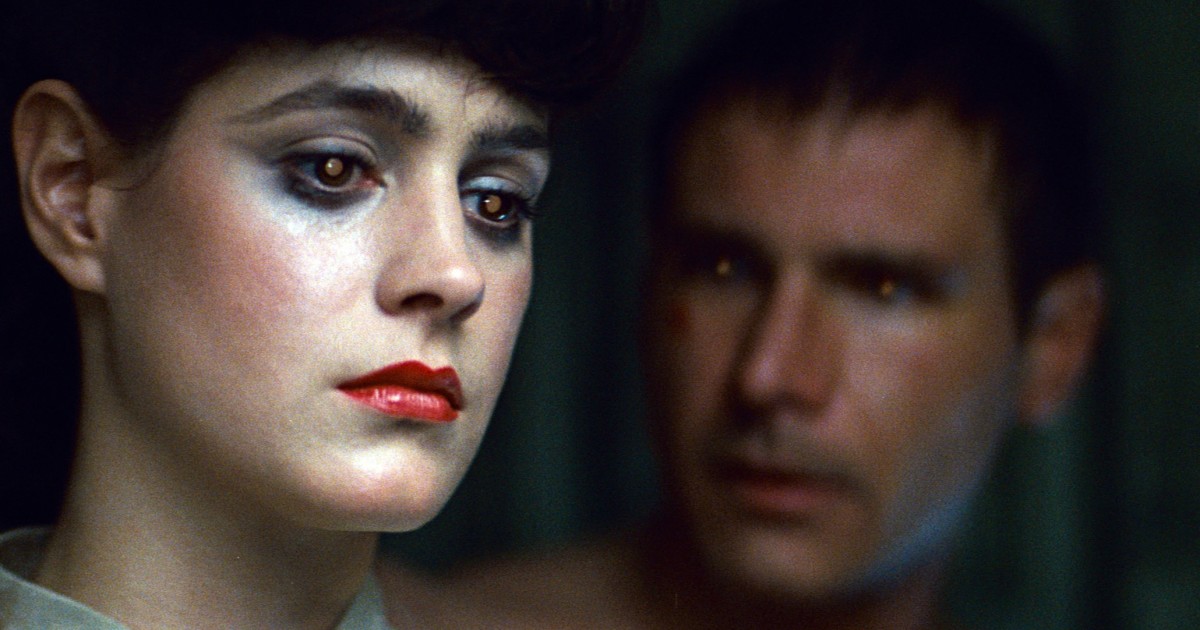 I think it should be noted that those born after the film’s release literally grew up in a world where the central themes of Blade Runner are always at the forefront. Sci-fi post-Blade Runner is and was so occupied with the ideas and themes expressed in Scott’s 1982 film that sitting down to watch it can be a slightly hollow experience for many. Mine is a generation that has grown up in the long shadow cast by Blade Runner. You can’t look at science fiction or fantasy or practically anything in the 1990s without seeing Blade Runner‘s vast and influence. As such, the generations who grew up in the wake of Blade Runner seem… less enthused about it.

As hard as it may be to accept, none of the themes or ideas will feel particularly fresh or interesting to a lot of people watching it for the first time this week, or to many who watched it in the last few years. This is due in no small part to the fact that majority of them have seen Ghost in the Shell or Westworld or played Fallout 4 or any of the numerous permutations (Replicants?) of this story and its themes.

We watched Data on Star Trek: The Next Generation and a lot of us scoffed when his humanity was questioned. We watched The Iron Giant on more than a few Friday evenings. That story is one of an artificially intelligent being becoming “more human than human” in a beautiful, heartbreaking way. The Giant grapples with his mortality and his place among humans. It’s also one of the greatest touchstones of the 1990s. Even Scott’s own later films fall into this shadow. What is David in Prometheus if not a Replicant finding his creator and being turned away, following a different path after looking into the face of God and feeling spit on his face?

This is all to say that there’s a logical, likely reason that some audiences will find themselves not connecting to Scott’s original film right now. This, of course, is not a failing of the film in any way. Art is of its time and of its place. It is not beholden, to my mind, to “hold up”.

That said, Blade Runner does hold up. It still deserves its place in the canon if for no other reason than because it is so stylistically singular and tonally remarkable but there’s a spark that might be missed due to the limitless amount of work that owes Blade Runner one. By the way: Harrison Ford is wrong. Deckard is a Replicant. However, that ambiguity is central to what makes Blade Runner so valid and interesting despite living in a world populated by the thousands of stories it birthed. The audience is unaware of where the story will go, and the mystery of Deckard’s humanity and the question of whether it actually matters is key.

The film is one large Voight-Kampff test, in a way. We, the viewers, are asked subconsciously to identify whether what we are looking at is human or machine and decide for themselves whether that means anything. Along the way, the lines begin to blur. The pupils dilate. The mechanisms that separate the two begin to break down. Is he a man growing more sympathetic over time towards his inhuman victims? Is he a replicant, a slave like any other, being forced to kill his own by a cruel police state? Does it actually matter whether Deckard or the Nexus 6 replicants or Rachael are human? Does that mean their lives have any less value?

The ideas, while having been more thoroughly plumbed than just about any other, are approached from an interesting angle, one that in a way that defined science fiction for generations to come, for better or worse.

This is also, coincidentally or not (my vote is not) a generation that is particularly invested in identity politics, self-awareness, and at least in some circles, the responsibility of storytellers and creators to shepherd those values forward. Some take issue with Deckard’s approach to things. Some may miss the idea that the audience is supposed to grow in sympathy for the Replicants as time goes on or question the responsibility of having the beings fighting for their very existence against a police state that deems then subhuman act out in violence. More likely than not though, I think most criticism of the film falls simply to the fact that this is a generation who has already seen this story told a million times before, whether they knew Blade Runner was the progenitor or not.

So, take the youngins criticism of the film with a grain of salt, it’s not their fault they watched the last 35 years of pop culture out of order.