Following a slick, stylish and deceptively heartfelt series premiere,  Riverdale has knocked it out of the park with the second episode, A Touch of Evil. Deftly continuing to build on the mythology of Riverdale and the mystery at hand, the second episode smartly shifts some of the focus away from grief and sexy, sexy danger in order to further establish how these kids all fit together, what their relationships have been through, and to grow the characters organically.

It is rare that a series is able to so fully build on the promises of its pilot. Those shows generally go on to be lauded with awards, beloved by fans (or at least by critics) and achieve cult status. I’ve kinda got a feeling that Riverdale might be on its way to that fate. Every single element from the pilot that I loved, the second episode delivered on. More interpersonal drama, more friendship, more strong character moments, and more witticism. Oh, and more mystery. I suppose that’s important, the mystery bit. 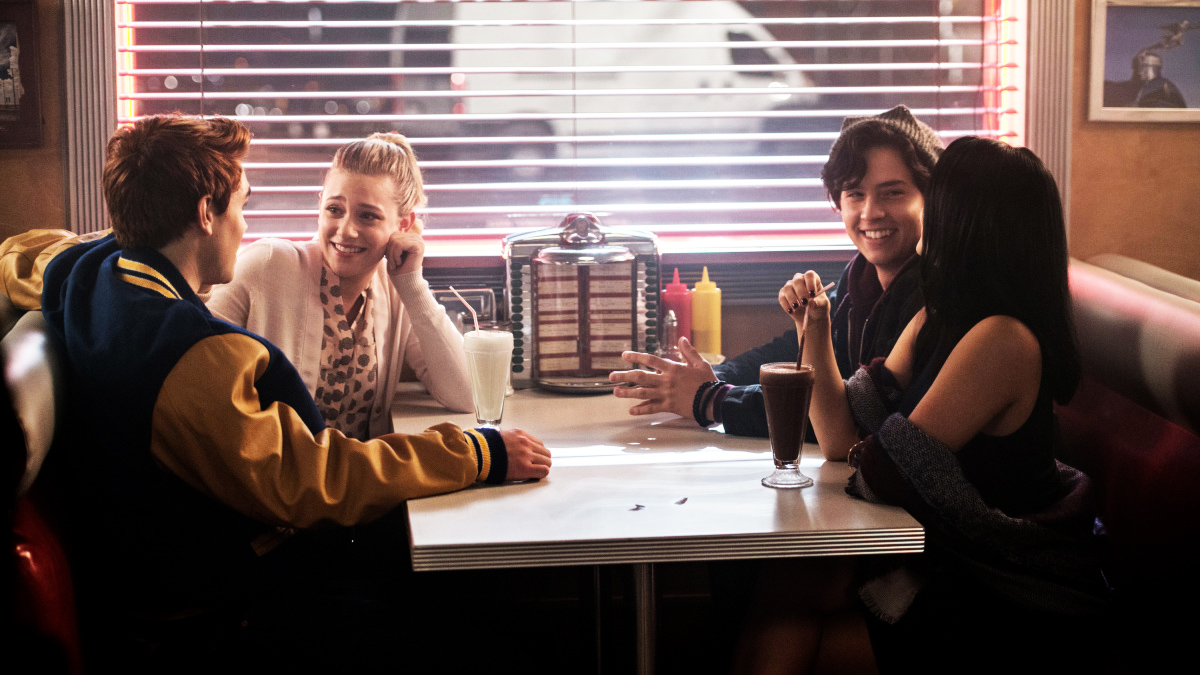 Friendship is just as important as murder on Riverdale.

In a pleasant surprise, the overall narrative of this episode addresses the quiet concerns I had with the first, namely my concern that the move towards being dark, mysterious and troubled might move the characters too far down the grimdark scale and into unrecognizable territory. Riverdale deals with this issue by simply giving each of the characters a little more screen time this go around in order to further establish themselves and let their core characteristics shine. My early favorite, Jughead (Cole Sprouse) is a prime example of this working gangbusters.

He seems to be serving as a moral barometer for Archie, and I am quite the fan of him in that role. Archie’s arc in this episode was centered around being true to himself and what he knows is right and the guidance of Ms. Grundy, who has her own best interests before Archie’s and the towns. Jughead reminds Archie that up until something changed him this summer, Archie Andrews wasn’t perfect but he always tried to do the right thing, and I loved it. I’m a huge fan of the characters relationship in other forms of media and I was none too excited to have them angry and broken up for the majority of this show. The reconciliation of their friendship at the tail end of the episode goes a long way to carving a little light in the darkness that is overtaking Riverdale. KJ Apa’s Archie seems a smidge more down to earth in this episode and he now, to my mind, fully feels like Archie Andrews. 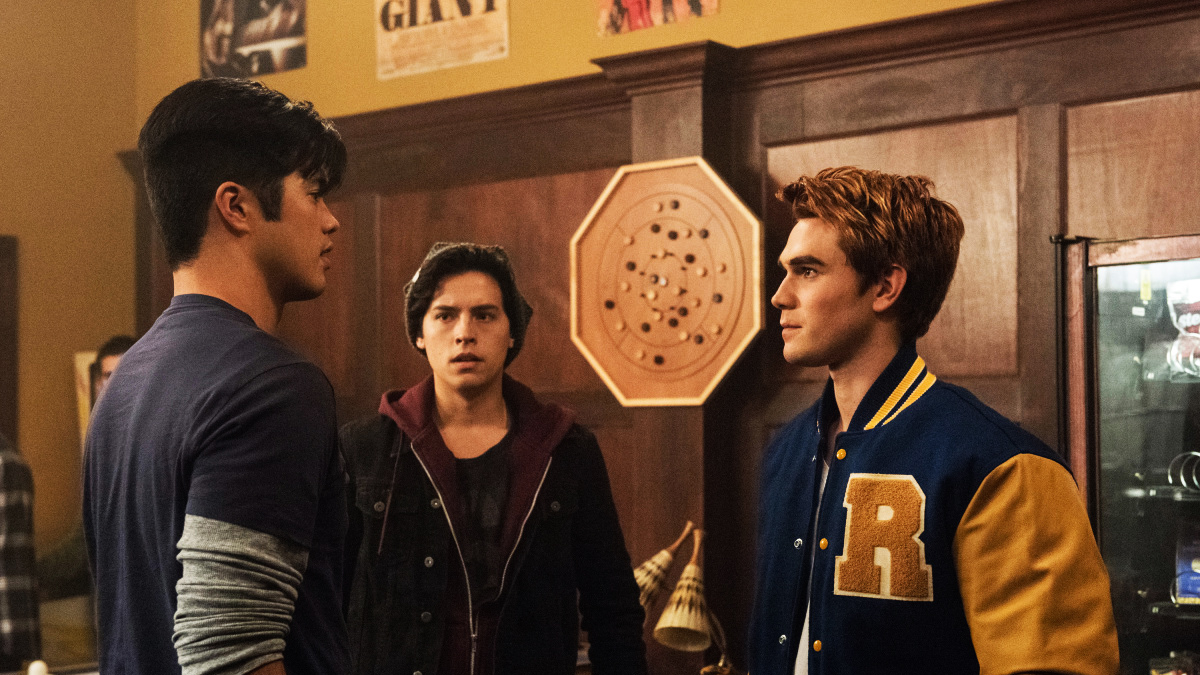 “Did you and Donnie Darko kill him together?

Similarly, Betty and Veronica who didn’t end the last episode on the best of terms and find themselves reconciling over the course of the episode and making a very integral pact, “No matter what, no boy comes between us.” Both Betty and Veronica (Lili Reinhart and Camila Mendes, respectively) also shine, with Reinhart perfectly portraying the requisite longing and tenderness that her character’s situation calls for and Mendes gracefully articulating the complex thoughts of a young woman who’s trying to make a change. I suppose I should disclose it here that I’m a Betty guy. I always have been a Betty guy, and I always will be a Betty guy. On that front, I was supremely pleased with the fact that Betty didn’t immediately accept Veronica’s apology. I am also very pleased with Betty’s characterization in regards to standing up for herself and what she wants. I’m an even bigger fan of Betty’s introspection and realization that she is allowed to want and feel irrational things and that she is in the right for allowing herself time to acclimate to the new reality she finds herself in.

Overall, I was very pleased with the fact that in the face of the eventual love triangle that all Archie-verses are infamous for (and was teased here as well), friendship was front and center in A Touch Of Evil. Riverdale isn’t all friendship, though. If ya want that, Archie comics will gladly furnish you with 75 years worth of stories about it. No, Riverdale is also about murder and on that front, there were some interesting revelations, more mystery-box action, a handful of rash and strange character choices, and of course, sexy, sexy danger.

Betty’s mother Alice pays the coroner for some alone time with Jason Blossom’s corpse, Cheryl Blossom drops a cryptic bombshell (“He was supposed to come back.”) and Betty bares her teeth in the fact of an accusation about her sister. Jughead becomes the subject of speculation coupled with some incredible wiseacre nicknames from the jocks (my favorite of which has to be “Donnie Darko”), Archie finds his backbone and decides to come forward with what he knows, and Jason’s autopsy reveals some horrifying information in that he didn’t die on July 4th as previously believed, but rather over the course of a week.

Of these, the one that is the most interesting to me is Cheryl’s revelation that Jason was supposed to come back. To me, that means they must have had a plan. Were they running away? Insurance fraud? Something more sinister? Time will tell, but Riverdale has kept my attention and I’ll be heading down to Pop’s Chock’lit Shop every Thursday for the foreseeable future.

Next Time On Riverdale