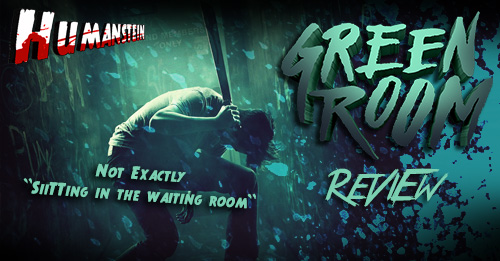 Green Room is a well-crafted and tense siege movie set in the backwoods of Oregon. More importantly, Green Room is punk as fuck.

Written and directed by third time double threat Jeremy Saulnier, Green Room is brutal, vicious, and scary. In other words, the film works gangbusters. Directed with a deft hand, and perfectly performed by a cast of unlikely but perfect actors, the film starts off slow with a pitch perfect snapshot of life on the road touring as an unknown band and almost immediately hits you in the face right after. Once this film gets it’s claws out, it doesn’t let go. 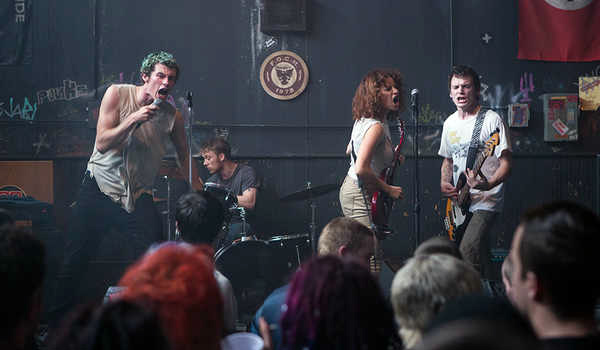 The Ain’t Rights performing in front of a hostile crowd.

Those unlikely but perfect actors include Fright Night’s Anton Yelchin and Imogene Poots, Arrested Development’s Alia Shakwat, and Jean-Luc Piccard himself, Star Trek: The Next Generation’s Patrick Stewart, all absolutely nailing their performances. Never for a second do you stop believing any of these folks are anything but punks and skins.

The plot of the film is pretty straightforward, and even a cursory glance at the trailer can tell you what the story of this film is going to be, but those trailers can’t even come close to conveying the freight train intensity or the quiet dread of the softer moments in this film. 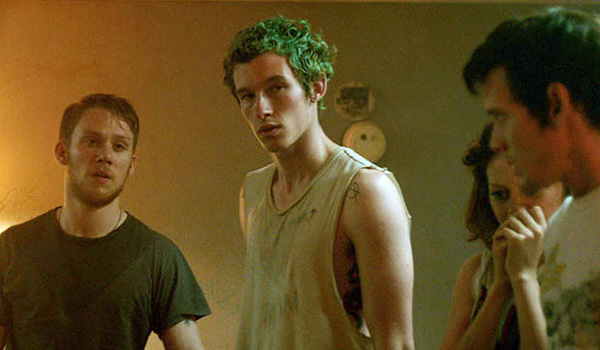 Pat, Sam, Reece, and Tiger are members of a punk band “The Ain’t Rights” and they’re on the last leg of an unsuccessful tour through the Pacific Northwest. They head into the town of Seaside to give an interview with a punk kid who’s promised them couches to sleep on, food to eat, and a gig the next day. They party, they sleep, and they wake up to find the gig has dematerialized because Helpful Punk Promoter’s last gig got a little too rowdy and he got barred from putting on shows.

Helpful Punk Promoter, Tad has a cousin though who runs with a rough crowd out in the middle of nowhere, “boots and braces” types who can get them a show. Desperate for gas to get back to Arlington, VA, their port of call, the band decides to take the show after being reassured they’re not out there “burning crosses” and being advised just to stick to older and harder stuff.

They get to the gig and find that yeah, this is definitely a neo-Nazi compound but they take Tad’s advice and stick with Tad’s cousin. Everything should go okay, right?

Clearly if it did, the movie probably wouldn’t be nearly as much fun, or nearly as terrifying as the finished product ends up being. The band goes up and decides to fuck with the crowd of angry skinheads by playing the Dead Kennedy’s “Nazi Punks Fuck Off”. It doesn’t go over well, but that moment is the shining example of what this movie is all about. Punk. As. Fuck. They manage to win over the crowd with their original songs, and all in all it’s a pretty good set. Shit hits the fan when the band gets back to the green room and sees something they’re not supposed to and a conflicted young girl named Amber (Imogen Poots) gets added to their group in the process.

The skins decide they can’t leave, and that just doesn’t stand with The Ain’t Rights. 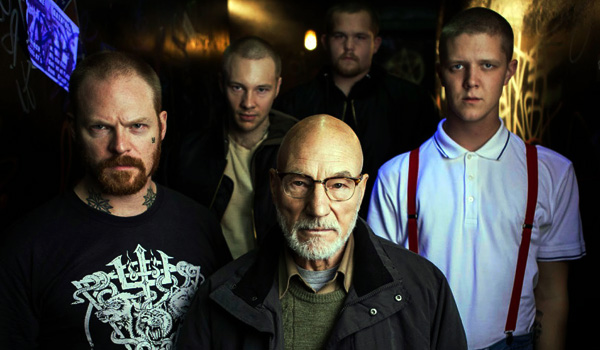 Some of the less than cuddly right-wingers, headed by Patrick Stewart as Darcey.

What follows is an action packed, shotgun blast of adrenaline being expertly put on screen by a director that has a firm grip on what works with genre pictures. The tension is palpable, the violence realistic and horrifying, and the humanity of everyone involved is center stage.

The pacing of the film is taut, and the characterization and performances are so well done that you can feel every drop of emotion pouring out of the cast on both sides of the aisle. The cinematography is technically sound and it doesn’t feel like a single shot goes to waste. The gore effects, all practical (no CG here folks, that’s not punk enough) are superbly well done and leave you wondering how they were done. All in all, the film is a superbly crafted backwoods siege movie with more heart than I would have thought possible. 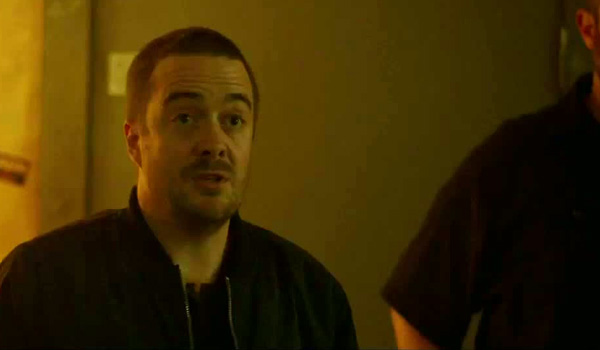 Macon Blair, who you may remember as the lead in Saulnier’s previous film Blue Ruin and as one of the artists in Murder Party turns up here as well as a high ranking skinhead.

Saulnier’s other two films Murder Party and Blue Ruin are both very different films than this one and from one another, but it’s clear that his writing has only improved and his ability to pull gut wrenchingly emotional performances out of his actors is as honed as ever. If you were a fan of either film, you will thoroughly enjoy Green Room.

The story takes some interesting turns which I will not spoil here, and Saulnier doesn’t throw away a single scene. No moment in this film is unnecessary, and every moment of characterization is a natural, organic extension of the plot. You’re falling for these characters and their performances in the midst of chaos, not in slow or plodding breaks from it. 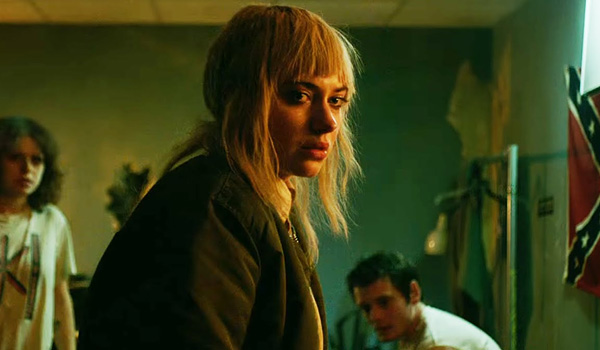 Imogen Poots takes a star turn as Amber, who’s bangs are as punk as this film is.

Thematically the film is about survival and the value of passion and asymmetrical warfare. In other words, it’s about punk. The characters are true to their punk origins, and the film oozes with DIY punk intensity. Even the neo-Nazi characters are well characterized, and are authentic enough to make anybody who’s had an unfortunate encounter with Nazi punks have flashbacks. Just like punk rock music, it’s super easy to make a punk rock film that doesn’t ring true or hit the right notes. This movie is not one of those lesser punk films. This movie has instant cult classic written all over it.

The theater I saw it in had very visceral reactions to every moment of gory violence, and the subtle scoring of the film was accented throughout with the anxious tapping of a hundred feet. If you can see this in a big dark room with about 50 or 60 people fighting along with the band, I definitely recommend it.

Green Room is an excellent film, with not a dull moment in it. White knuckle, popcorn munching backwoods terror. The hype is real, folks. Green Room is a hell of a movie, and I highly recommend it.

Green Room is in wide release now and will be coming to Blu-Ray and DVD July 12, 2016. But believe me, you don’t want to wait that long.