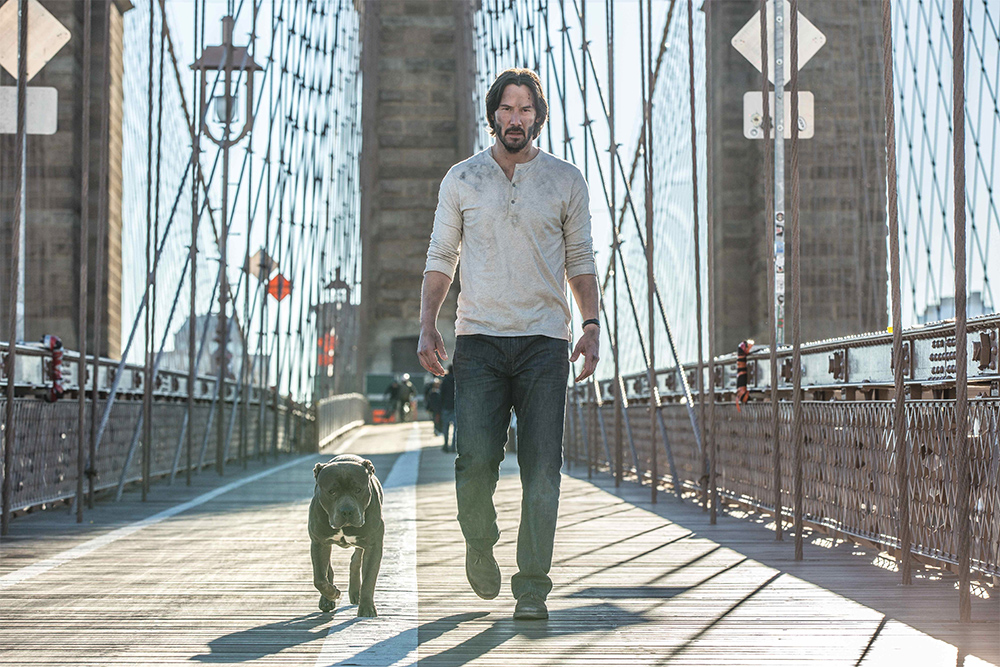 In 2014 the first John Wick film took everyone by surprise. Directed by two stunt coordinators, Chad Stahelski and David Leitch‘s neo-noir action thriller flew under the radar and became an instant cult classic. A major reason for John Wick’s initial success was a lack of expectations. Nobody knew what the hell this was going to be. Two guys, each with a storied history in the world of Hollywood action stunts, decided to get behind the camera and managed to blow everyone away. There were no seams in their action.  No trick shots, no shaky cam, no bullshit. John Wick as a film was the action movie distilled to its purest form. John Wick as a character was the action protagonist distilled to its purest form. Pure, well executed practical stunt work and an eye for what looks awesome on a screen, the duo of directors delivered more than what anyone, or at least this reviewer, was expecting.

I was late to the John Wick party, seeing it as a blind buy Blu-ray well over a year after the first film set the internet on fire, but I instantly fell in love. Even after it had been hyped up to a near-ridiculous degree by multiple people, it was still something incredibly fresh and potent. The distillation of every action hero trope into a crystalline structure of brilliant, violent beauty My one concern when I heard there was a sequel in the pipeline was that I had no idea how the hell you topped that. With John Wick 2, they somehow pulled it off. 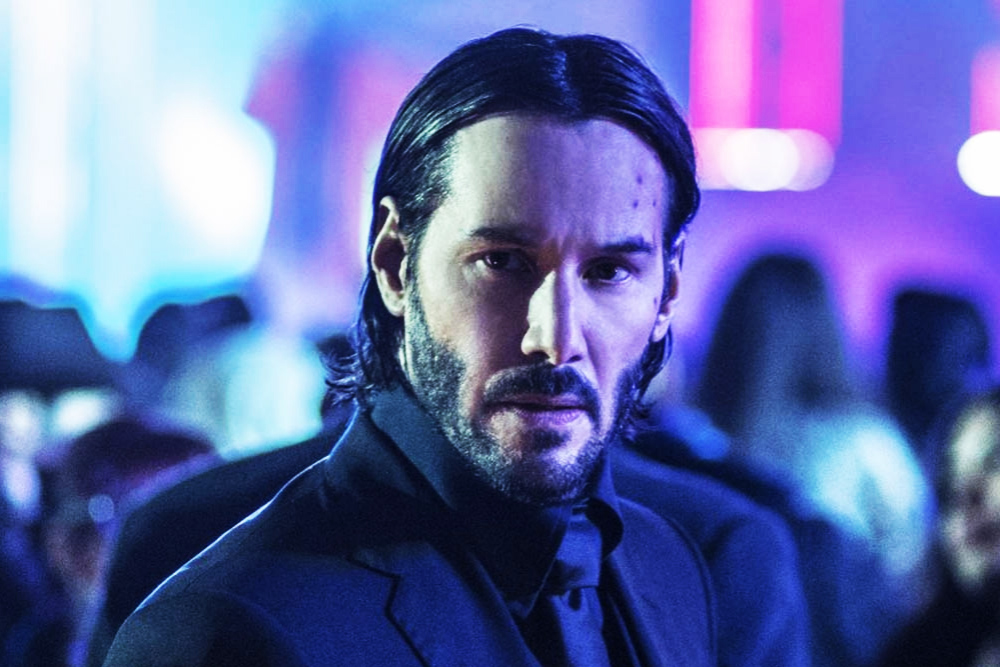 John Wick 2, directed by Chad Stahelski alone this time around, expands on everything I loved about the first film while deftly avoiding nearly all of the pratfalls so many sequels fall prey to. The action is even larger. More car chases, more gun fights, and more brawling. It’s also more intimate. Each scene is treated with as much care and conveyed with as much style and panache as the strongest segments of the first film. While upping the ante in regards to kinetic, mesmerizing violence the film also manages to expand on the internal mythology created in the first film without robbing it of its intrigue.

Chapter 2 picks up right where the first one left off. Wick is in the process of recovering the ’69 Mustang that was stolen from him by the Russian mob in the first film. A series of truly fantastic and guttural vehicular stunts is immediately capped off with loving, wide shots of intense physical brawling in a warehouse. From the get-go, John Wick 2 runs hot. It then moves into a series of interludes and is brave enough to actually have a mostly action-free first act. There are more than a few plot traps that need to be sprung in order get John Wick back into the business of shootin’ dudes in interesting ways after having pretty explicitly retired again following the events of the first movie, but the second film kicks those beartraps gleefully.

Wick gets dragged back into the high-stakes world of Assasins Who Hang Out In Cool Bars by Santino D’Antonio (Riccardo Scamarcio), a member of the Italian Camorra who holds a marker over him. D’Antonio pulled some strings that let John Wick’s “impossible task” come to fruition, the one that let Wick retire to his life of leisure and love before the events of the first film. As such, he is owed a debt, represented by a marker (here a silver medallion containing Wick’s bloody thumbprint). D’Antonio is calling in that marker, forcing John Wick to kill his sister Gianna so he may take her seat at the mysterious High Table, a governing body in the world of assassins. 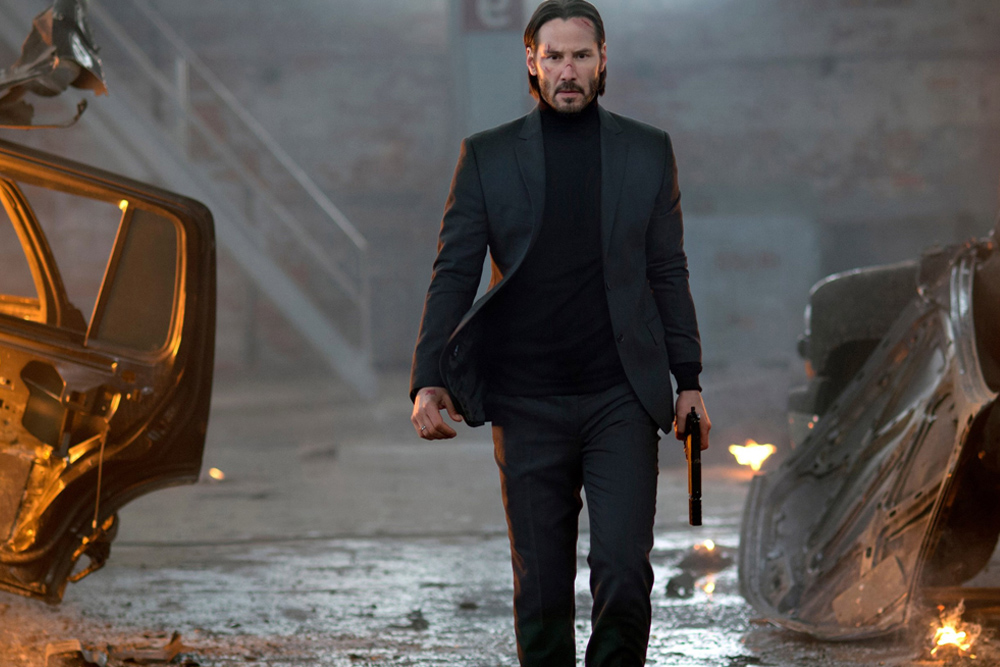 Once Wick has forcibly been returned to the fold the film moves through a series of vignettes and interludes as Wick moves through the world of assassins. We move through beautiful set pieces and see them perforated with holes and splashed with blood. Ancient subterranean tunnels, a surreal concert, airport bars, subway stations, water fountains, and a visually stunning art installation. The shotgun blast intensity of the first film is still intact, while the plot developing interludes from the mayhem allow the film to feel more personal and the lore to be more firmly established while allowing the action sequences to truly breathe. Wick’s performance in those interludes is full of sorrow and determination, and his calm and calculated demeanor giving way to intense fits of violence and chaos at a moment’s notice.

A subtle and intimate move on the part of director Chad Stahelski and company sees Wick finds mirrored versions of himself throughout the film, as though showing him the darkness inside himself while those mirrored versions put him through his paces. One can imagine each of them as the person Wick might have become had he stayed in the life. You have Peter Stormare as Abram Tarasov, a man quaking with vengeance, anger, and loss. The difference between Wick and Tarasov is that Wick is not afraid. Common as Cassian, a bodyguard to D’Antonio’s sister Gianna. A stoic and incredibly talented assassin and pugilist who deeply loves a woman and spirals into violence following her death. The difference is Wick’s skill level. Ruby Rose as Ares, D’Antonio’s right hand, a silent warrior full of relentless fury and loyalty, willing to go to any lengths to accomplish her goals. The difference is Wick knows when to run. Gianna (Claudia Gerini) is even a foil of Wick, more concerned with doing things on her own terms than even her own safety. 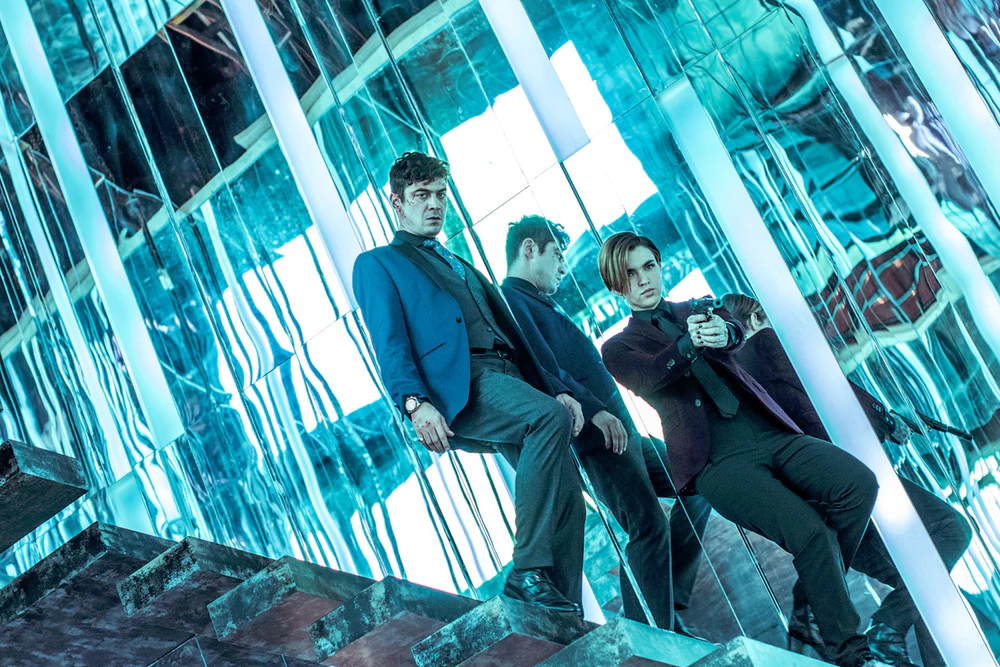 The culmination of this mirroring comes in the form of an art installation composed, appropriately, of mirrors. The scene is dizzyingly stunning, with color and angles moving into Dario Argento territory, and similarly the content therein is both violent and illuminating. In his confrontation with D’Antonio, Wick is reminded that no matter what he does and how much he protests, he will always be “that guy”. Wick will forever be The Boogeyman and there is nothing that will change it. D’Antonio goes so far as to suggest that Wick is addicted to the vengeance and that it will never be finished. There will always be another target, just as there was always another job when he was an assassin for hire.

Whether this is true or not, the rules of Wick’s universe come to the forefront as the film ends in such a way as to require another sequel. I for one, after two excellent all-time great slices of action film wonder, will be along for the ride. John Wick is a relentless thrill ride, packed from top to bottom with violent delights. A stiff glass of bourbon. John Wick Chapter 2 is everything I wanted it to be, and in the end delivered even more than I could have expected. John Wick Chapter 2 is a glass of neat, tenderly aged Scotch. More complex, more subtle, with just as much punch.

When John Wick Chapter 3 inevitably comes around, I will be first in line, coin in hand.