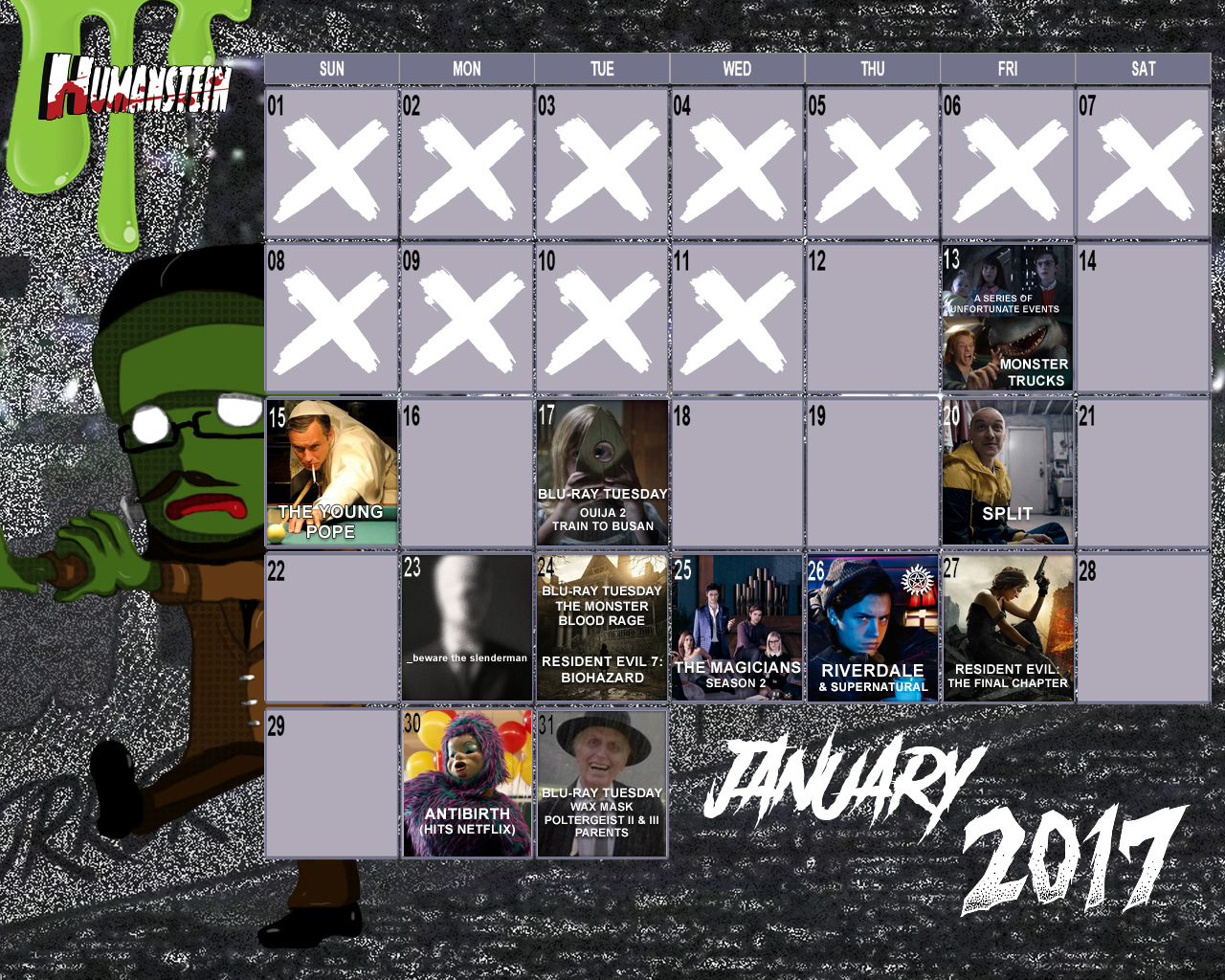 Hello Humanstein readers! I proudly present the first in a series of calendars for 2017! Included you will see interesting stuff happening throughout the month. That will include movie premieres, television series premieres, book releases, comic drop dates, a selection of Blu-ray titles each Tuesday, video games, toys, junk food releases, etc. Basically, if I think it’s “on-brand” or may be of use, relevance to my readers, it’ll go on the calendar.

This month, January 2017, sees quite a few goodies. A transcription of the calendar above follows:

There you have it folks!

Did I miss anything you’re super excited about this month? Feel free to leave ’em in the comments down there.