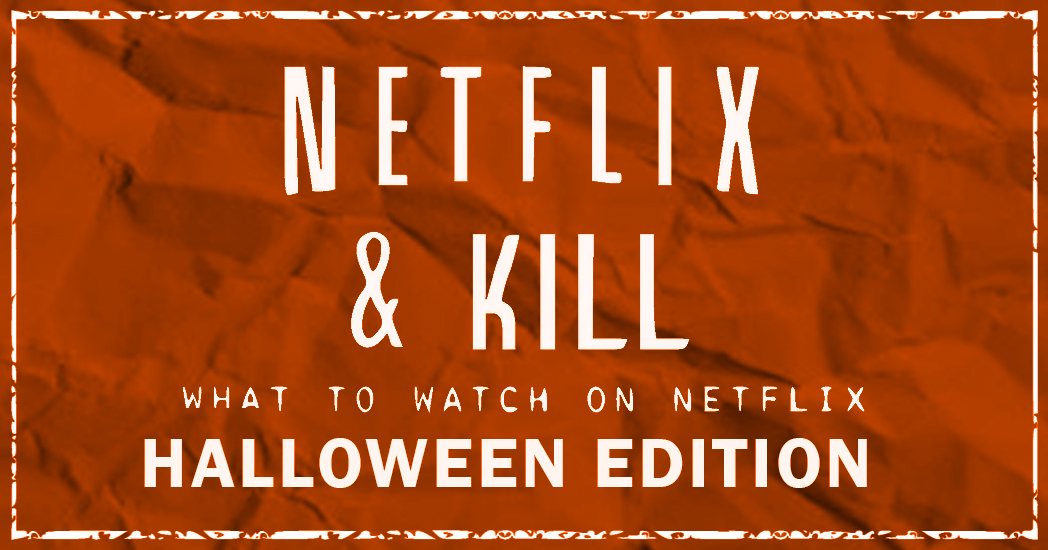 Happy October, spooky friends. With it being the last weekend in October, you’re either in the spooky mood or you’re trying to get there. I’m here to help, but there’s an unfortunate truth: Netflix hasn’t been doing an incredible job of bringing in horror films lately. Hell, they’ve honestly been doing a pretty poor job of it. Outside of nabbing the Jaws franchise and the Jurassic Park franchise, it’s pretty slim pickings as far as new arrivals are concerned. Due to this, a lot of Halloween fans might have to consider looking elsewhere. Luckily, there are so many movie streaming websites out there that could be used to find a scary movie. Some of them may present restrictions, such as content restrictions or geographical limitations, but these can be bypassed when the user has a proxy from somewhere like https://free-proxy-list.net. Hopefully, this will help more movie fans to find the perfect one for Halloween.

Despite Netflix’s poor attempt at Halloween, we’re still going to do a little bit of a deep dive this month and put out a list of all horror movies on Netflix. I’m not going to further recommend films I know anyone who would have any reason to read this blog has probably already seen. You know Sleepy Hollow is great and on Netflix. It’s not here. What is here is a few things off the most well-beaten path, a few slightly more obscure gems just waiting to be streamed. And as a special treat, some of the best Halloween episodes of TV shows you can stream on Netflix!

So without further adieu, I present the supersized Halloween edition of Netflix and Kill! 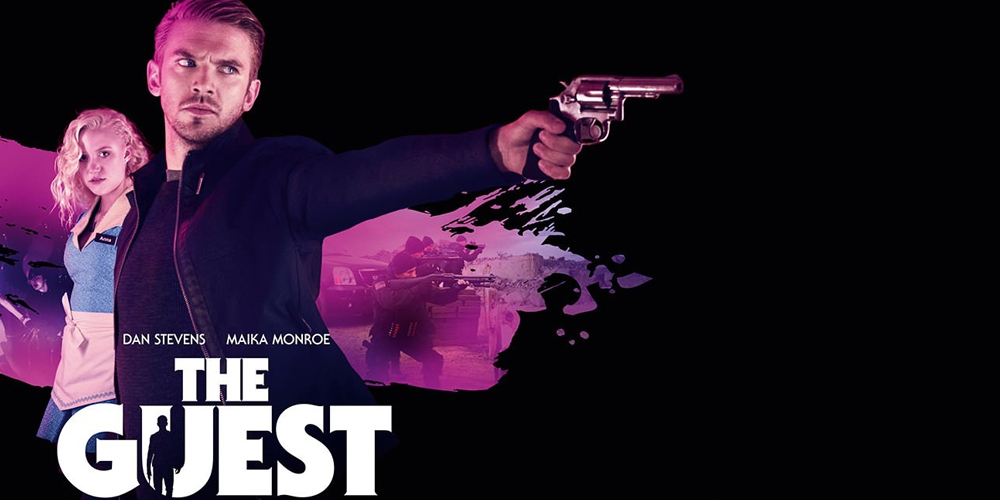 The Guest, written by Simon Barrett and directed by Adam Wingard, is an interesting film. Lying somewhere between horror, thriller, and action, it’s got strong 80s vibes, likable characters, and a very unique story. A mysterious young man shows up on a family’s doorstep looking to help out any way he can. He’s not exactly what he seems. Simple enough, right? Well, kinda. If I were trying to pitch this to you in a sentence, that sentence would be, “What if John Carpenter directed The Terminator?” If that’s not enough to get you on board, I don’t know why you’re here. Oh, and it takes place on Halloween. 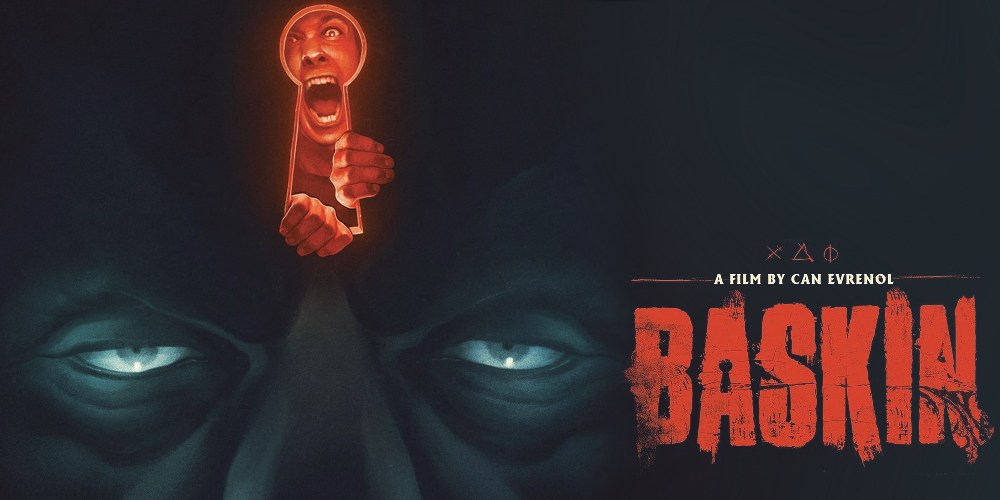 Baskin is very, very much my shit. A surreal, visceral and repulsive fever dream of a film expertly crafted by someone who knows exactly where your buttons are. Imagine if Hellraiser were an arthouse film and you’re on the right track. The film follows five Turkish police officers as they respond to a distress call in a small town notorious for weird shit. The distress call leads them to an abandoned building, except it isn’t all that abandoned. Not for the faint of heart, but if you want to see a wonderfully crafted nightmare, you won’t go wrong with Baskin. 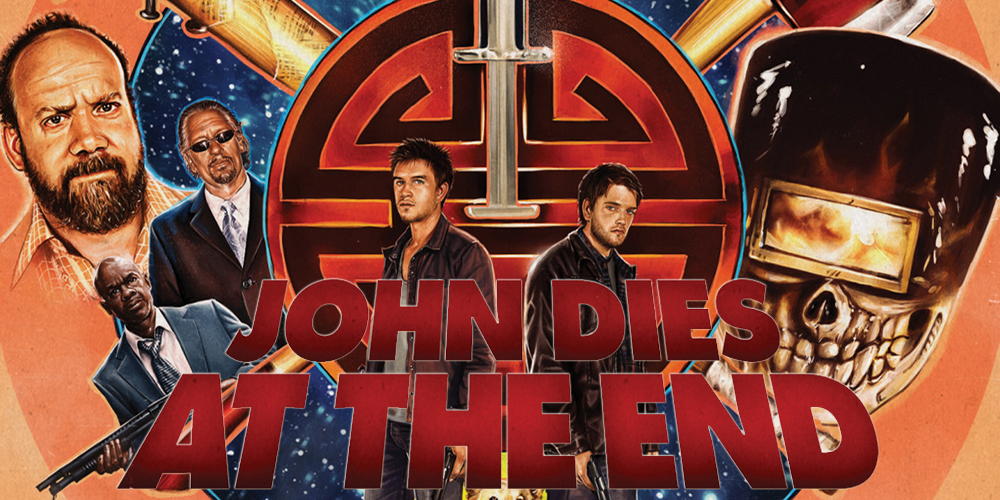 Halloween, is to my mind, the perfect time to sit back with a horror comedy. Sure, I love hardboiled horror, the kind that pushes you, challenges you, and has a really good chance of scaring the shit out of you, but Halloween isn’t all about terror. Halloween is a fun, spooky holiday. John Dies At The End is a fun, spooky movie. And quite the trip. Based off of David Wong’s novel of the same name, Coscarelli’s film is a unique beast. Like a fair amount of Coscarelli’s work (Phantasm, Bubba Ho-Tep, etc) the film bends genres at every turn and manages to be dark, surreal, and hilarious. If you’re looking for something that doesn’t skimp on the absurdly comic and the absurdly horrific, John Dies at The End is a good way to spend an evening. 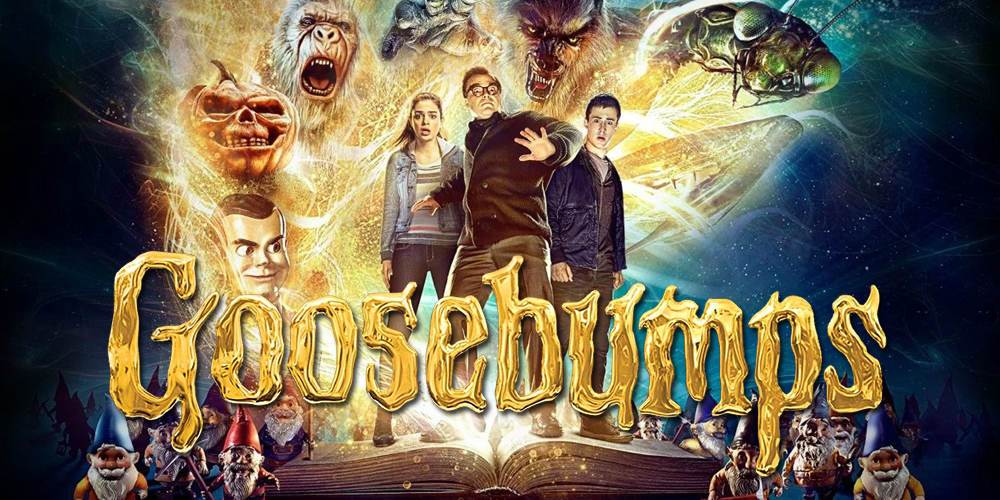 Goosebumps was the surprise of the year for me last year. What had the potential to be a soulless bland cash grab designed to take millennials on a nostalgia trip turned out to be a lot more. A charming, warm story with enough spooks and style, Goosebumps is the perfect movie to help your kiddos dip their toes in the murky pool that is horror. A clever conceit allows the filmmakers to incorporate damn near every fan favorite Goosebumps monster and do so while creating a unique story that is wholly original. If you’re looking for a family friendly movie with a lot of laughs and some solid scares, you could do a lot worse than Goosebumps this Halloween season. 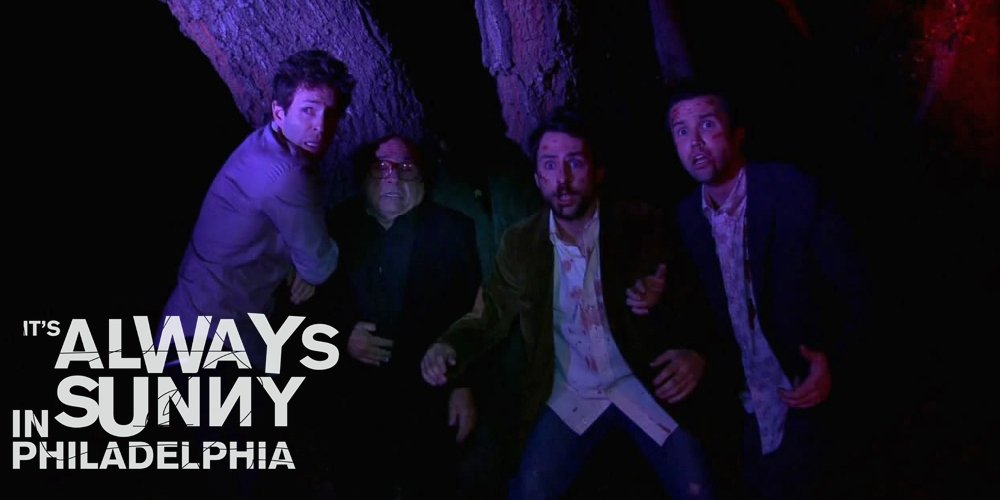 It’s Always Sunny did a zombie episode. Well. Sort of. The gang crashes Dennis’ ex’s wedding and encounters the living dead and worse – the McPoyles. Hilarious through and through and probably the closest we’ll ever get to seeing the fanfic episode I wrote called “The Gang Causes The Zombie Apocalypse”. 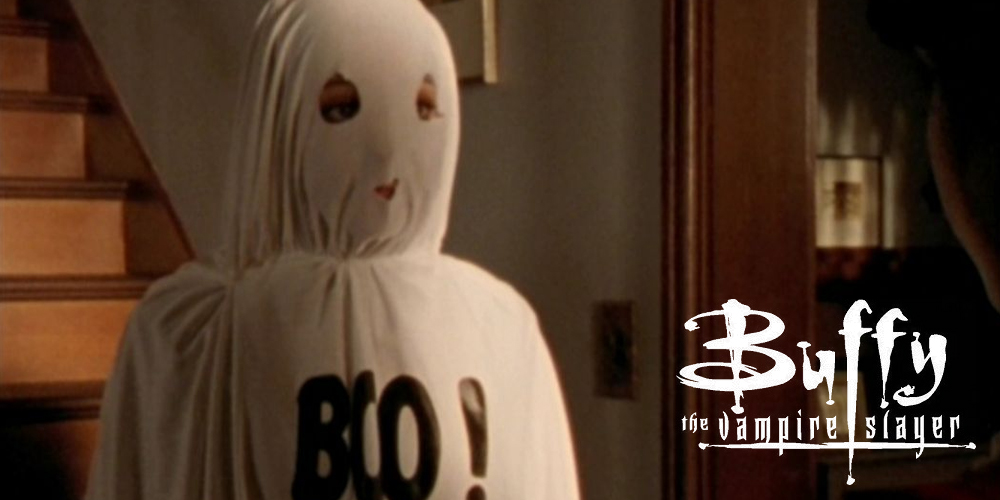 Buffy and the gang have to save the town once every person in Sunnyvale becomes their Halloween costumes after a spell goes awry. A goofy story sandwiched at the beginning of the Angel story with some pretty funny moments. Bonus: The episode is a time capsule for some goofy 90s stuff. 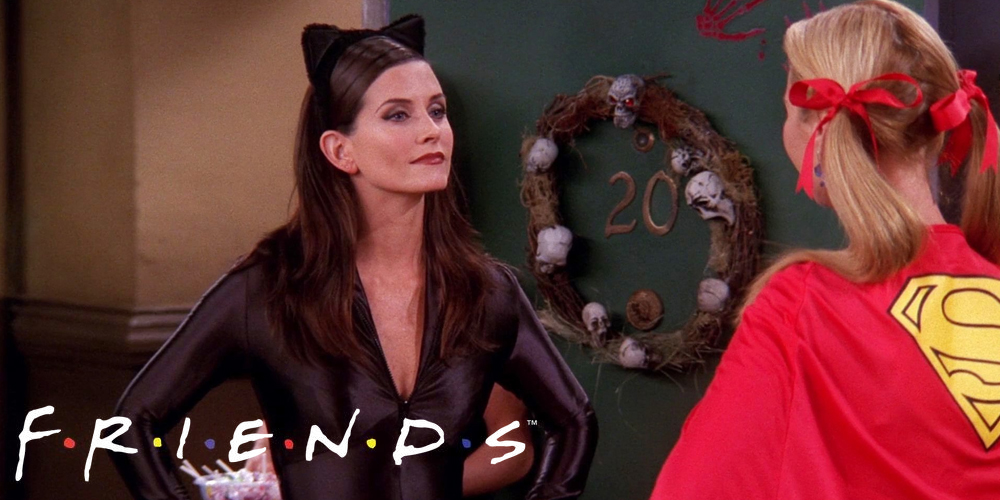 Man, this is the Friends Halloween special. You’re either 100% down for that or you’re not. All your favorite Friends in costume! Phoebe’s twin sister ruining everything! A Halloween party! 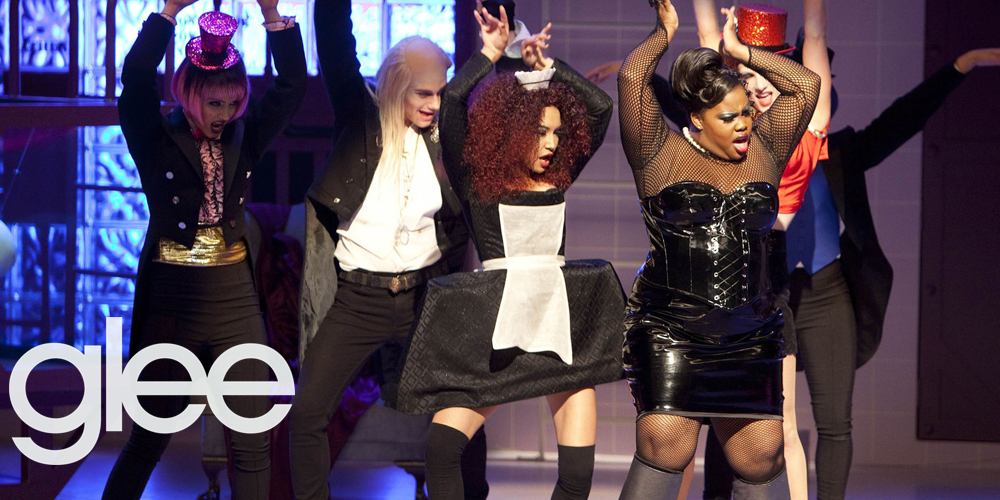 The Glee club stages an adaptation of the Rocky Horror stage show that’s heavily influenced by the 1975 classic film adaptation. Ya got some fun covers, especially Touch-a, Touch-a, Touch-a, Touch Me, ya got a Barry Bostwick cameo, ya got Meat Loaf, ya got just about what you’d expect from this premise. 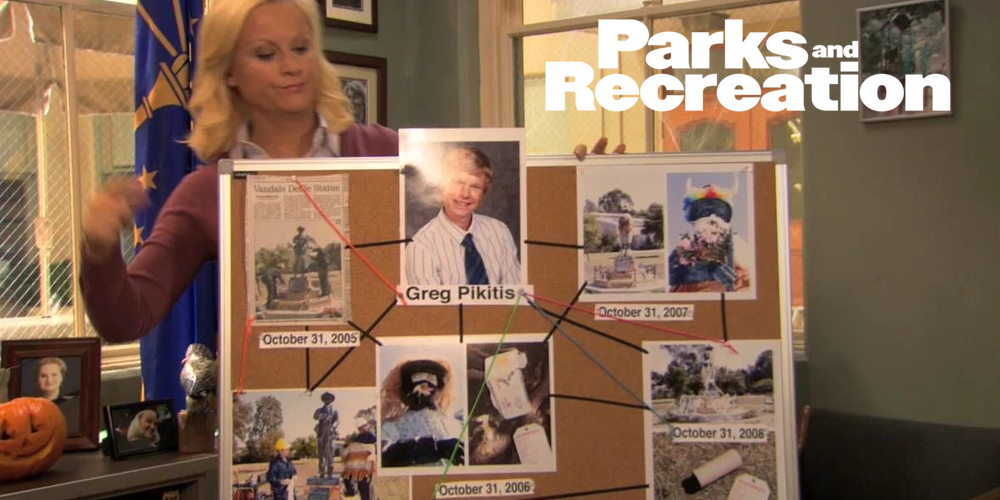 Ann throws a boring Halloween party and the day is saved by a hero turn from an unlikely source while Leslie, Dave, and Andy hunt down the town’s most vile Halloween menace. One of my favorite episodes of the series, bar none, and it features some great Halloween gags. 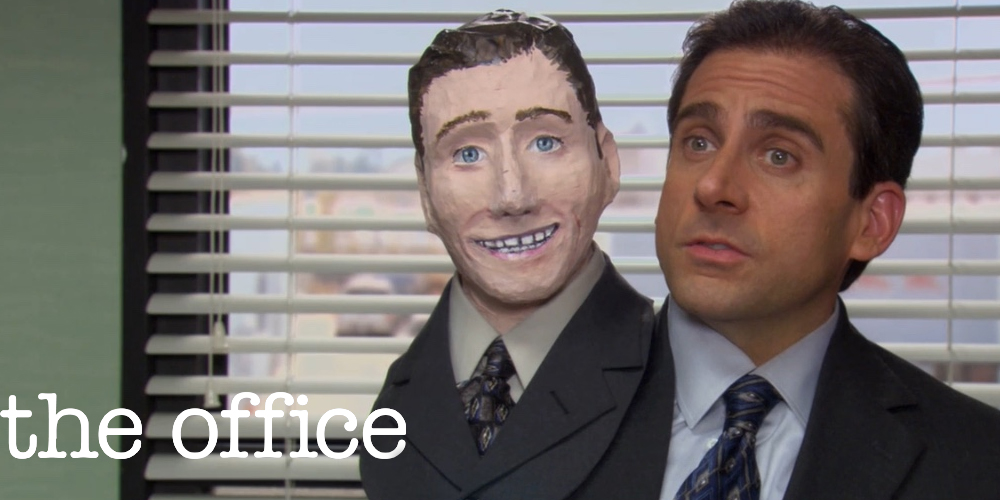 To my mind, season 2 is prime Office-ing, and The Office is best when it’s simultaneously heartwarming and cringe-inducing. This Halloween special, wherein Michael has to fire someone before the Halloween party is all of that and more.


And there you have it, folks, the Halloween supersized Netflix and Kill. In the coming months, I’ll likely expand N&K to include other streaming services, so you’ve got that to look forward to as well. Maybe I’ll brave the 1,000+ horror films of varying quality on Amazon Prime or start more actively evangelizing for Shudder. Time will tell, but for now, I hope you enjoyed the Netflix and Kill Halloween list. Happy streaming!